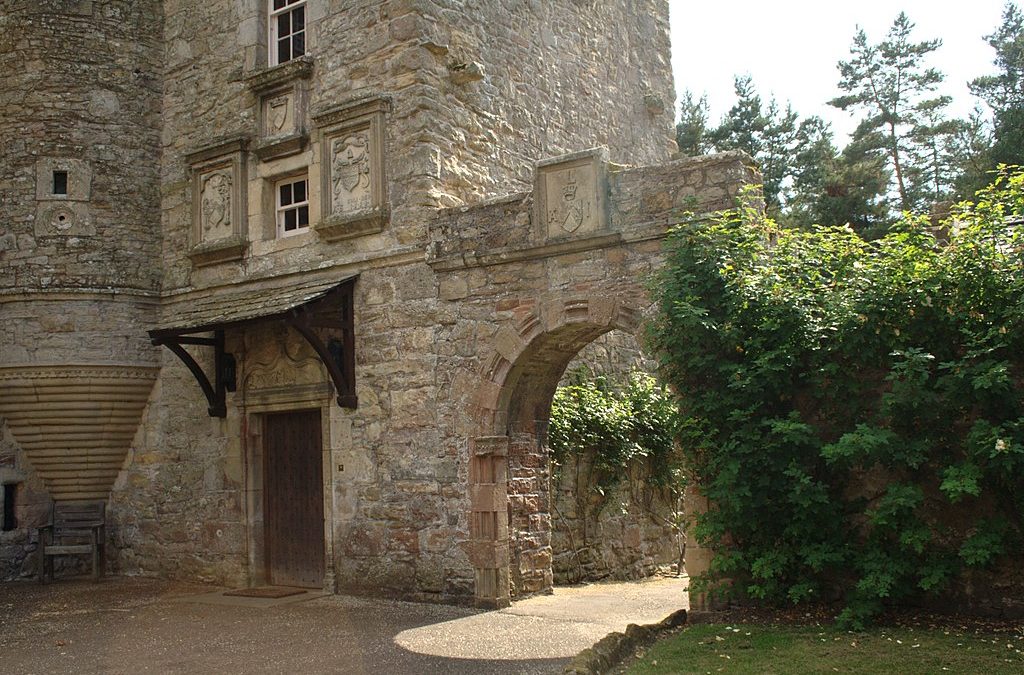 They were a fierce lot, those Scots. And this castle, located right on the Scottish border has seen more than its fair share of what newsreaders today would call ‘skirmishes’.

It was built as long ago as 1470 by the Kerr Clan and is said to have been built in a very specific way to give the clan and its soldiers a distinct advantage when it came to hand-to-hand combat. And most combat in those days was hand-to-hand of course, usually involving swordsmen.

You see, the Kerr family were noted for having many members who had a distinct physical trait. It wasn’t something that could be seen by the naked eye but evidently it gave them an advantage in battle. That was that it’s said that left-handedness was prevalent amongst the family.

Even today it’s estimated that only 10% of the world population is left-handed but as it’s a hereditary blessing (I am left handed if you haven’t already guessed) then it’s very likely that this one family had a much higher percentage of left-handers. And it’s said that they taught their soldiers to be proficient with their left hands too.

This alone meant that they had an advantage in battle simply because of the element of surprise. In those days it’s credible that many opponents simply had never come across a left-handed person before, especially one who was proficient using that hand wielding a weapon.

So it’s said that the Kerr clan built the castle specifically to give themselves a left-handed advantage in battle. Men who weren’t naturally left handed therefore became ambidextrous – offering a double threat in battle.

Take a spiral staircase as an example. Traditionally they are built spiralling clockwise (as you’re looking up from the bottom). If you imagine yourself as a swordsman defending your castle with the sword in your right hand, then your sword would be free to attack. Now imagine that same sword in your left hand. Got it? You’d be much better with a staircase spiralling anti-clockwise.

The castle still stands after hundreds of years and is still owned by the family. It’s open to the public for only the month of July every year so if you get a chance, do visit. It gets great reviews.