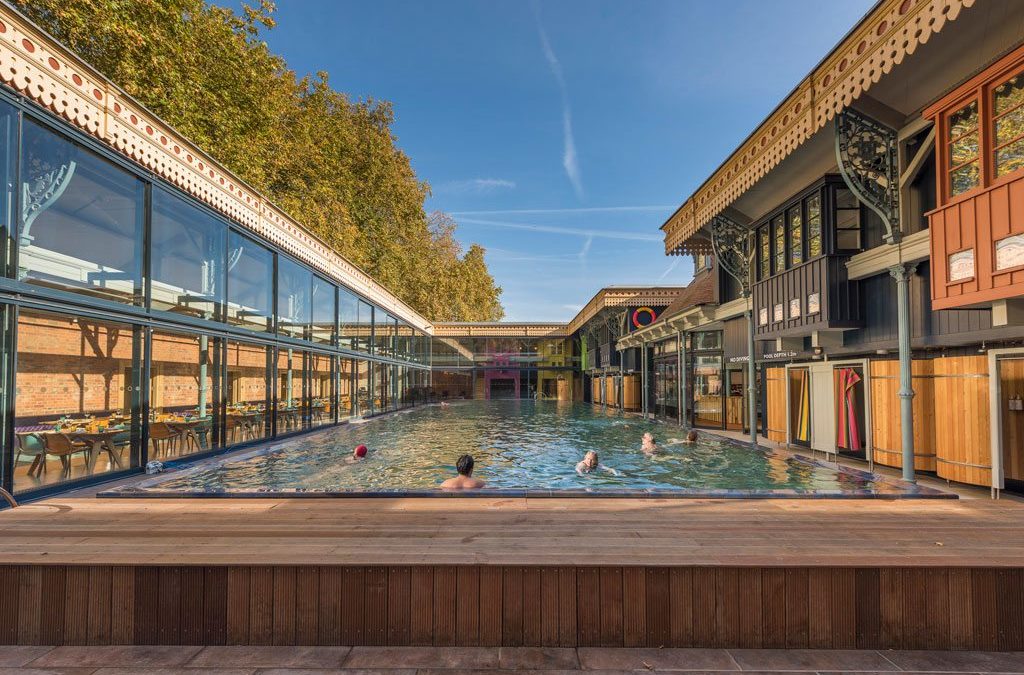 See the photograph above? Now that is one gorgeous place to swim, dine or enjoy a luxurious spa day. But here’s what Kings Meadow Pool, now known as the Thames Lido. 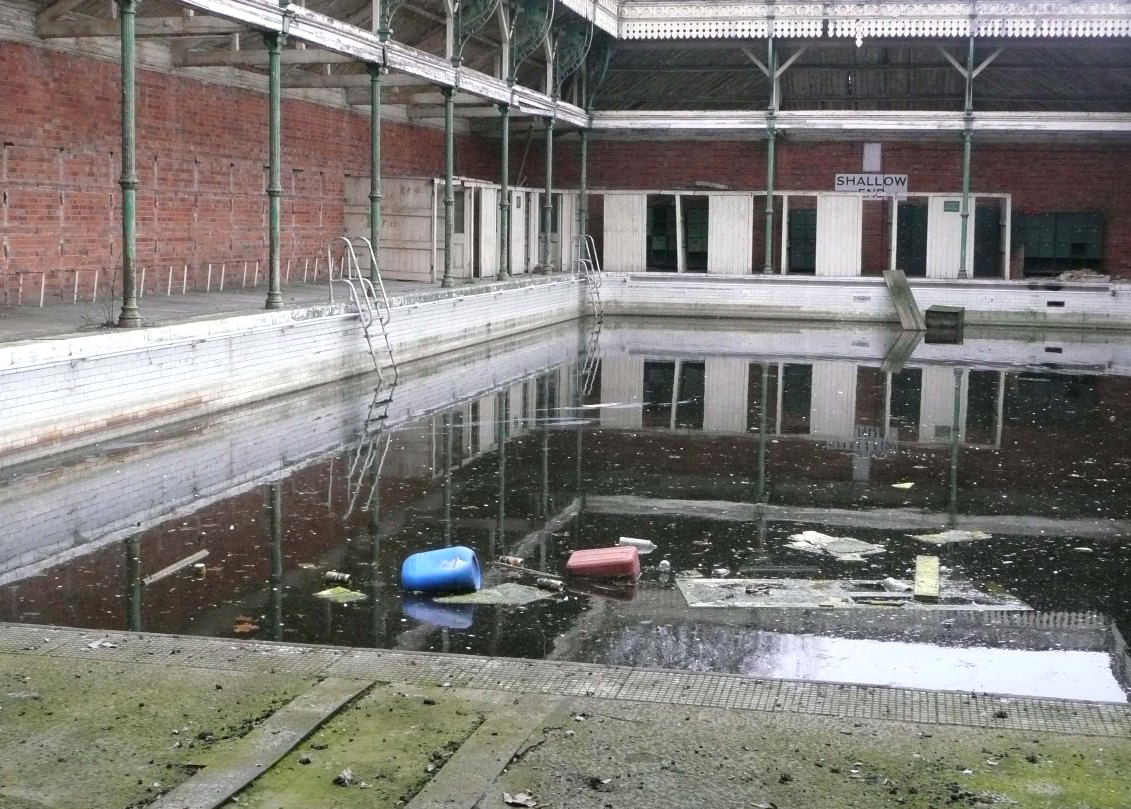 And seeing what the place looks like now – and don’t miss the video below – makes me so HAPPY.

Kings Meadow Swimming Pool was first opened to the public in 1902, as you can probably tell from the original – and now beautifully restored – Edwardian style wrought iron and woodwork.

However, the story of this pool starts way back in 1879. The local authorities in Reading had built an open-air swimming pool for the enjoyment of the local population – the male population, that is. Now I don’t know whether the local ladies campaigned (I probably would have done) or if the authorities just felt that they should redress the balance but the Kings Meadow Pool was the result.

The open-air pool was for ladies only and was screened from prying eyes by the structure that surrounded it.

The years passed and as the men’s pool closed, the Kings Meadow Pool became available for mixed bathing. But like most outdoor pools – once enormously successful – it began to lose popularity as the British holidaymaker was tempted away to the Costa Brava for cheap (and warm) holidays by bargain-basement airfares and packages.

The British public lost the taste for their home-grown local pools now that they were used to basking in the warm waters of the Med. 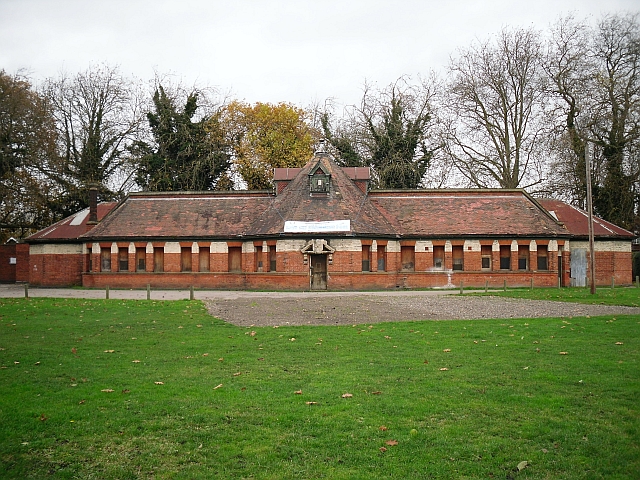 The property was rented out for commercial purposes (with the pool boarded over) but by the time the photograph above was taken, it was in a poor state and abandoned.

Just a couple of years later the local authorities gave permission for the pool to be restored – and how wonderful it is.

WHERE IS THE THAMES LIDO?

← How To Contact Airbnb What Do The Best Vacation Rentals Have In Common? →