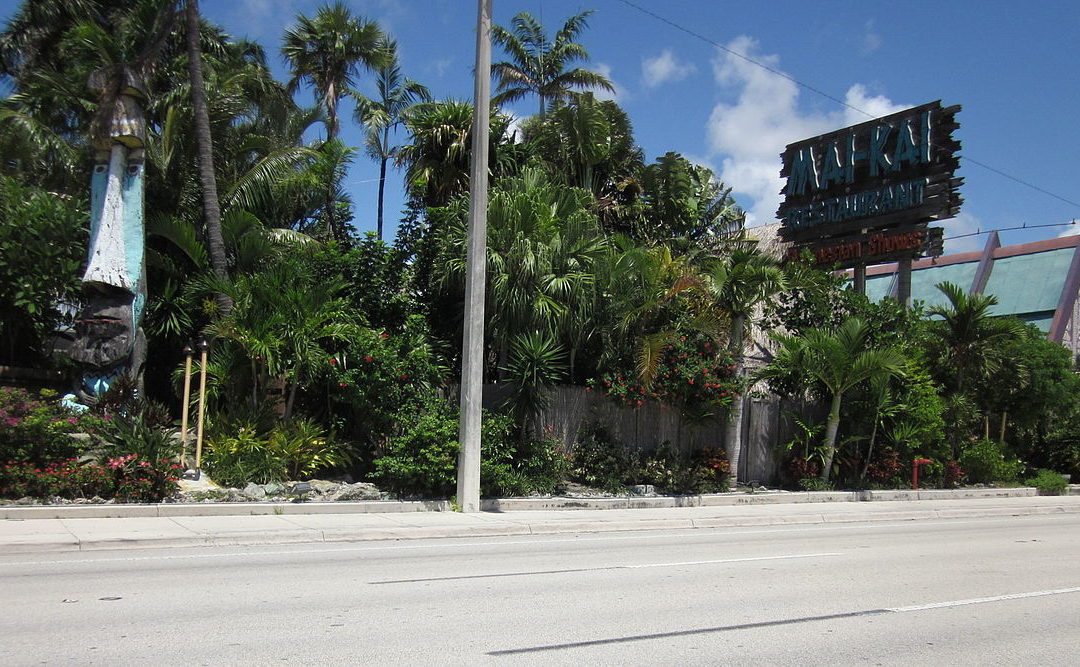 It started in the 1930s on the west coast of America. The tiki culture, exotic and at that time a new style, gradually travelled across the country.

It was inspired by the South Pacific and the exciting culture of what was then a far off land. As the Second World War came and went, it increased in popularity as people we looking for escapism. The 1940s musical, South Pacific, followed in the next decade by the film version only helped to popularise the theme.

By the nineteen fifties the craze had spread to the east coast. In Fort Lauderdale two brothers opened a restaurant, bar and cabaret establishment that they named Mai Kai. It was rather out of the way ‘ described as ‘the middle of nowhere’ – on Federal Highway in a small undeveloped area of Fort Lauderdale named Oakland Park.

It still exists in the same location today.

It’s one of the few authentic examples of tiki culture that you can still visit these days. Read reviews here.

WHERE IS MAI KAI?

← Divided By A Common Language: Buck's Fizz or Mimosa? Why To Avoid The Aisle Seat →