Men of Paris Rejoice. The Uritrottoir is Here

When I was a kid, every year our family used to go in the car to Italy. This was a fantastic journey and a lot of the driving was through France. For us three kids, especially the younger ones, this could get a bit boring so we used to play those dreadful spot-the counting games. Count how many red cars you see. Count how many black dogs you see. And so on and so on and so on.

And France being France, one of the things we counted was ‘how many men can we spot having a pee on the roadside?’

Alfresco peeing though has evidently become a bit of a problem in Paris where local business owners and residents started objecting to this. They said that the streets of Paris were beginning to pong.

So the authorities installed the ‘uritrottoirs’. These are pissoirs and some commentators have said that these red box-like objects, with plant pots on the top (for some ecological reason that I haven’t fathomed), look more like art installations than something the average bloke would pee into. It is also reported that the peeing bloke’s peeing equipment isn’t hidden from public view. But this is France…

Many men find these to be, well, convenient. Some critics dislike the aesthetics of the uritrottoirs. A few germ-conscious people have noted that the peeing gentleman has nowhere to wash his hands. (Did men in France ever do that in public pissoirs??)

But it seems that the most vocal group that objects to these handy facilities are … wait for it … feminists. What about the girls, they say? 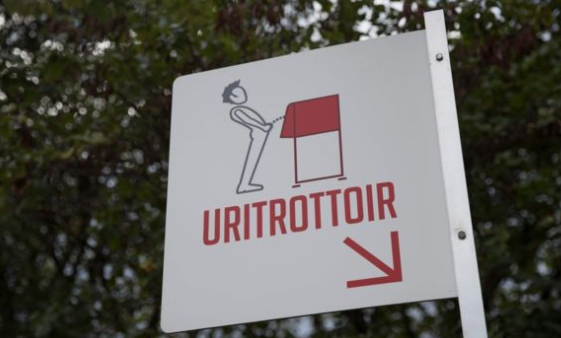 Trending Now : Should I Travel By Train or Plane?