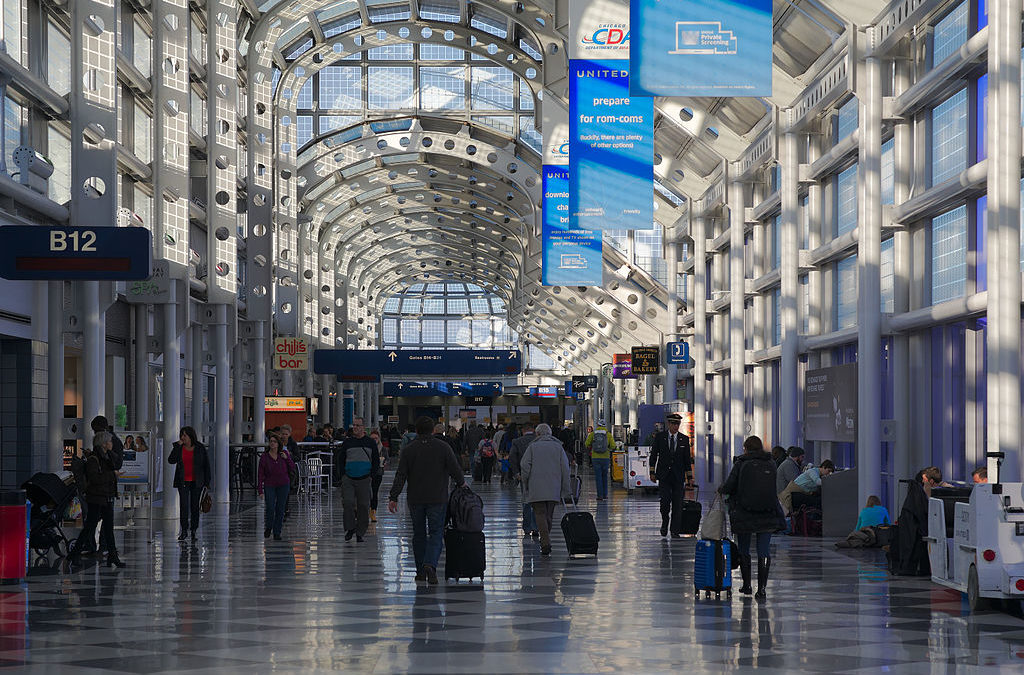 I’m beginning to think that airports are getting better as time goes by. After all, it was way back in the nineteen-eighties that Douglas Adams wrote:

It can hardly be a coincidence that no language on Earth has ever produced the expression “As pretty as an airport.”

They really have improved since then.

And if you’re going to O’Hare in Chicago, you’ll find some excellent amenities … and also this: 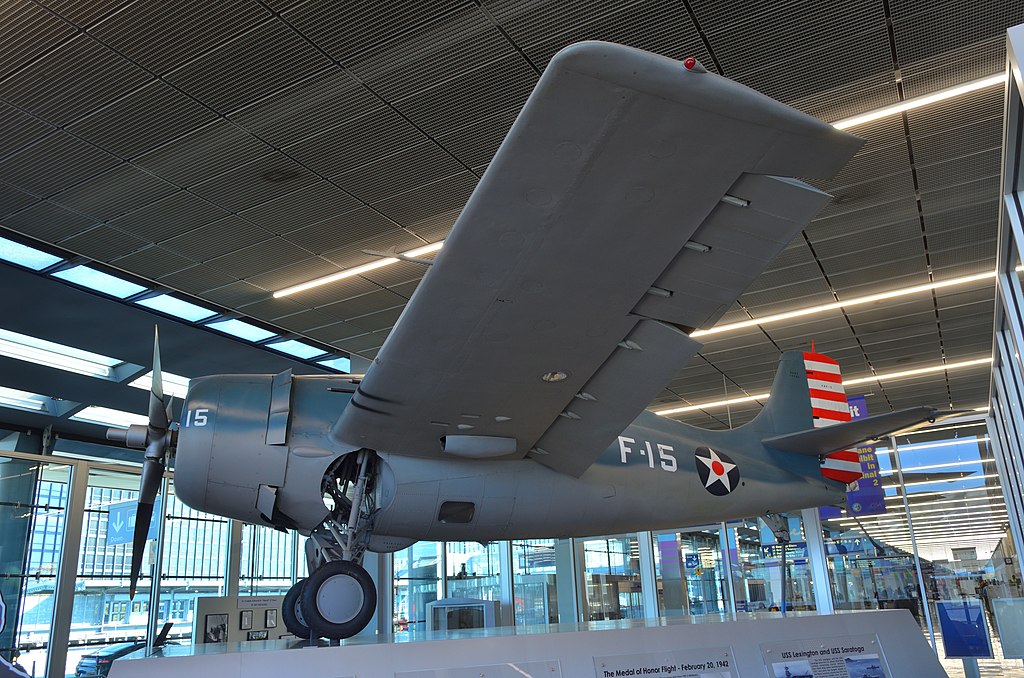 This goes some way towards explaining how O’Hare came by its name.

It was named after a World War Two pilot who was decorated as a war hero for shooting down, or at least severely damaging nine enemy aircraft. Single-handed.

Edward O’Hare had finished his navy aviation training in May 1940 but by February 1942 he was single-handedly attacking enemy aircraft and this became a decorated ace pilot. It was after the war that it was suggested the Chicago’s Orchard Depot airport should be renamed to honour the flying ace.

Butch O’Hare though was no longer around to be aware of the honour. His final mission had been on a November night in 1943. During an air battle, O’Hare’s plane vanished into the dark night as a battle raged around him. It seemed that the plane had been caught in the fierce crossfire. O’Hare’s body was never found.

For years it wasn’t known whether O’Hare had been shot down by enemy or friendly fire. However extensive studies in the 1990s proved beyond doubt that O’Hare’s aircraft was shot down by Japanese fire.

There is an interesting footnote to this story though, that connects Butch O’Hare to Chicago, the city in which the airport named after him resides.

O’Hare was born and brought up in St Louis, Missouri. However, his parents had divorced in 1927 and Butch and his sisters remained with their mother in St Louis.

Their father though, Edward O’Hare moved to Chicago where he became associated with Al Capone. In Capone’s tax evasion trial, O’Hare Snr. gave evidence which helped to convict Capone. (It’s thought that O’Hare had turned from associate to informer to set a good example to his flying-ace-to-be son.)

Just before Capone was due to be released from jail after serving his term for tax evasion, O’Hare Snr. was gunned down and killed, it’s thought by Capone’s gunmen.

So if you find yourself having to spend time in O’Hare Airport, in addition to its excellent facilities, you’ll have a fascinating story to tell your companions about the man after whom the airport was named.

WHERE IS O’HARE AIRPORT?