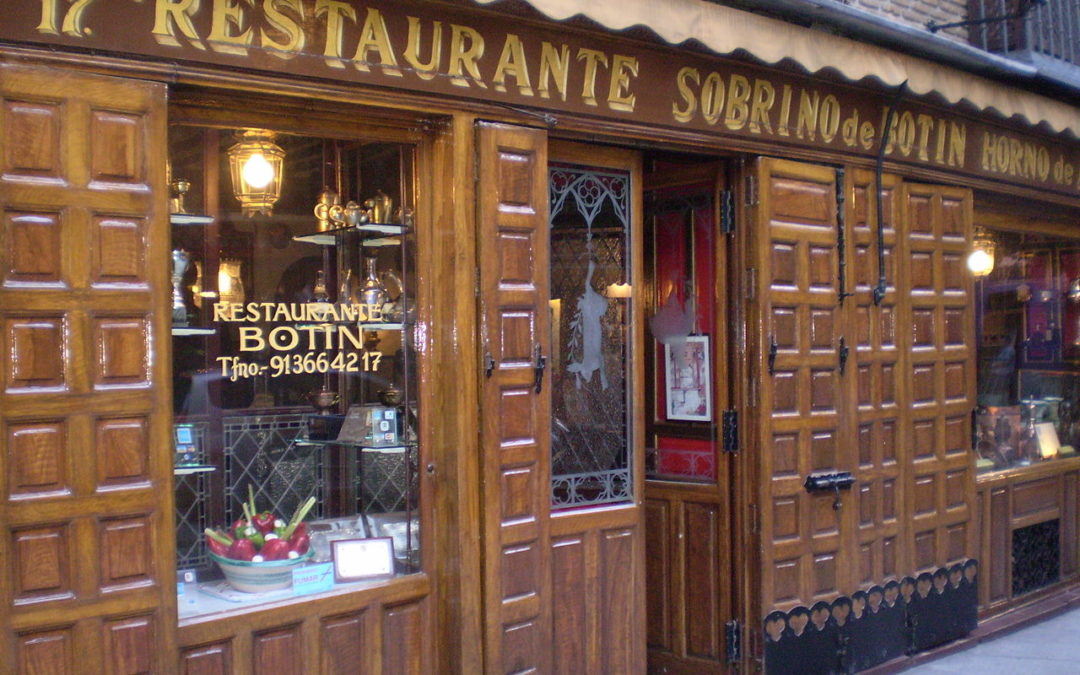 Restaurante Sobrino de Botín in Madrid claims to be the world’s oldest continuously operating restaurant in the world. Wikipedia, on the other hand, begs to differ and cites an older restaurant in China but really, the argument is a moot one as the Guinness Book of Records comes down firmly on the side of Sobrino de Botín.

Although it’s located in Spain the restaurant was started by a Frenchman in 1725. He was Jean Botín and he and his wife ran the restaurant which was eventually inherited by their nephew. The name was then changed to the current one – ‘sobrino’ means ‘nephew in Spanish.

Today the restaurant continues to serve traditional Spanish dishes and was a popular hangout in earlier years for writers and artists. Indeed, Ernest Hemingway mentions the restaurant in The Sun Also Rises.

See more in the video below

How to find the Restaurante Sobrino de Botín

JJ is originally from the UK and has lived in South Florida since 1994. She is the founder and editor of JAQUO Magazine. You can connect with her using the social media icons below.
← Hosts: How to Build Value for Your Rental Coming to Fort Lauderdale from the UK? →