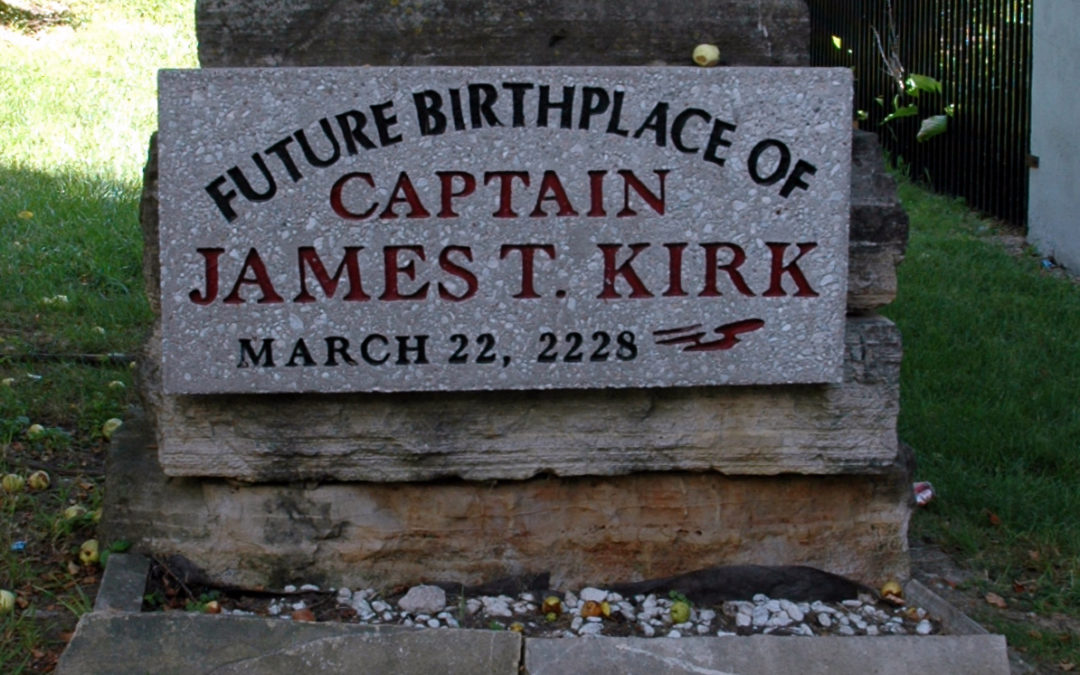 Captain James T. Kirk is, of course, the original commander of the USS Enterprise. The TV series recounting the exploits of the crew of the Enterprise was first shown in 1966 and the action takes place around 2250. (That’s the year 2250). The ship’s mission is, according to the narration at the beginning of every episode:

Space: the final frontier. These are the voyages of the starship Enterprise. Its five-year mission: to explore strange new worlds, to seek out new life and new civilizations, to boldly go where no man has gone before.

(Fans tend to ignore the split infinitive). The city’s motto is:

Where The Trek Begins

It seems that in 1985, the city was considering what theme they should have for the local festival. One of the members of the council remembered that in at least two of the Star Trek novels, Riverside, Iowa, was mentioned as the birthplace of James T. Kirk and the city in which he was brought up.

A pretty cool marketing idea for the city was born.

By the way, you get bonus points for knowing what the T stands for.

WHERE IS RIVERSIDE, IOWA?

JJ is originally from the UK and has lived in South Florida since 1994. She is the founder and editor of JAQUO Magazine. You can connect with her using the social media icons below.
← Overnight From Paris To Venice Labworth Cafe, Canvey Island, UK →