You might think that Count Cesare Mattei was really a bit of a nutcase but let’s be nice and call him eccentric.

He founded a medical treatment known as ‘electrohomeopathy’ that was, evidently, total quackery. But, being a rich bloke, he also built a rather weird castle atop an Italian hillside that we can visit and marvel at today.

When the count decided to build himself a castle, it seems that he couldn’t really decide which form of architecture he really liked the best. So rather in the manner of an amateur cook who decides to throw everything in, Count Cesare Mattei just built things that he liked – regardless of what they were.

That’s why today we can visit this extraordinary place – built in the mid 1800s – and appreciate its glories, whilst wondering about the mind of the man who built it.

Despite its oddities and some rather uneasy architectural bedfellows rubbing shoulders, the castle can be incredibly gorgeous. See for instance this shot of the chapel. 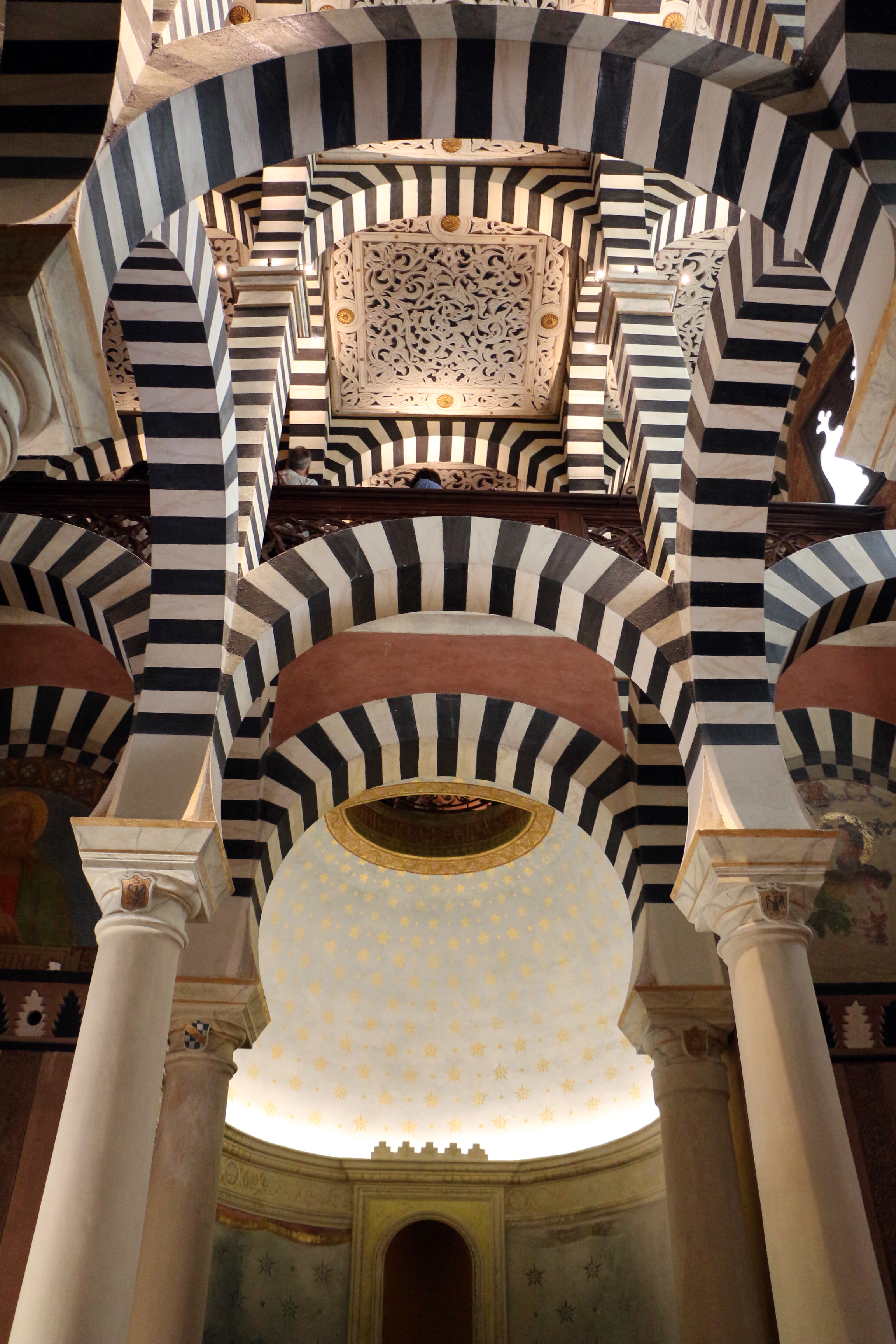 In addition to the castle being his home, the count also used it as a sort of resdential clinic where the wealthy visited to be cured of various (and probably imaginary) ailments thanks to the count’s ‘electrohomeopathy’.

He had an adopted son and a daughter he sired by his young housekeeper when he was on his eighties. When his adopted son married and by the time the count was well into his mid-eighties, he was certain that his daughter-in-law was putting poison in his coffee. Therefore he banished and disinherited the couple. In 1896, the count died.

His adopted son disputed the will however, claiming that the old man was potty when he disinherited him (which he more than likely was, of course), so became a co-heir.

The curious little family continued to run the count’s electrohomeopathy business until  the 1930s when the very idea of this alternative medicine was definitely falling out of favour.

Like so many properties in Europe, the Germans damaged the building, inside and out, and after the war the then-owner couldn’t even give it away. It’s said that much of the furniture and artwork was burned to provide heating for the Germans who had occupied the castle.

The castle deteriorated further until in the late 1990s, it was taken over by a charitable foundation determined to preserve it.

The castle isn’t open to visitors all the time so you’ll need to go to the website to book.

HOW TO FIND THE CASTLE

← One Daft Reason You Might Get A Rough Review Visiting London: What is Ken's Bollock? →