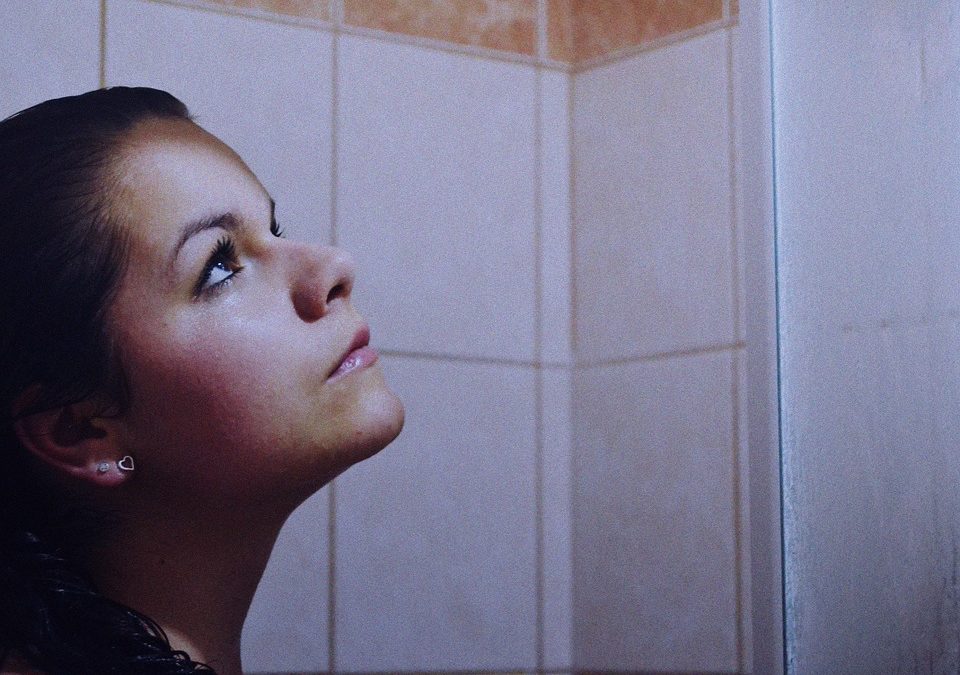 Let’s take the USA as an example. (Why? Well, simply because that’s where I am as I sit typing this). Americans today either already have – or crave for – a large and luxurious bathroom. It’s common in the USA to shower at least once a day and it’s not unusual for people to shower several times a day. (This is actually a horrible habit as far as the planet is concerned – the average US shower [of 8.2 minutes] uses 17.2 gallons of water.)

When travelling abroad, a lot of Americans insist on following this habit even though it might not be usual in the country they are visiting. Interestingly, most Americans from a hundred years ago would be astonished at the USA way today. It’s a manufactured system developed to sell us products. See the Amazon link at the bottom of the page.

It’s interesting to see how for those in the USA, showering is often seen as a pleasurable, self-indulgent time whereas other nations see it as a necessity to be dealt with as quickly as possible.

But where were we?

On boats or trains, you might have come across a different sort of bathroom – a type that you’re liable to meet in some countries overseas. That is the wetroom.

Wetrooms are growing in popularity in the States because a) they are simplicity itself to clean, b) they require much less space and c) they have an aesthetic which appeals to many today.

A wetroom is a bathroom that doesn’t have a shower cubicle as such – the whole room is your shower. The floor usually slopes very slightly towards the centre where a small drain quickly takes the water away.

Some people are baffled by the fact that hand-held showers are used in some countries. This is especially the case if the shower holder is located above the bath – in other words, where a fixed shower head would be. The idea isn’t necessarily to shower under it but to use the hand-held shower to reach the parts of the body that can’t, without abnormal agility, be reached when using a fixed head shower.

These shower attachments are also used after a soak in the bath – after a longish spell sitting in water full of your own dead skin cells (etc.) – to rinse yourself off.

And if you’re travelling and there are very few or even no facilities to have a shower, I promise, it’s not the end of the world.

Of course, every culture believes that its way is the right way. We know that’s not the case, of course, but it’s fun seeing aspects of daily life in other cultures – it’s one of the many reasons why we travel.