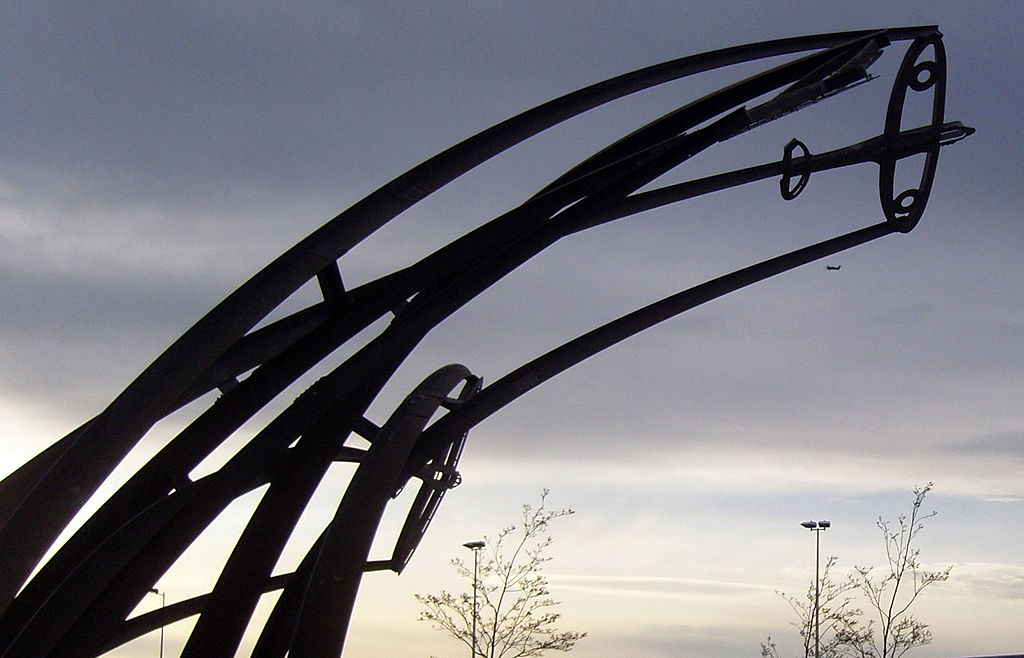 I know nothing about planes but I bet that most people will have had the same answer I did – ‘the spitfire’.

Many were built at the Castle Bromwich Assembly, a factory that now makes something equally speedy – Jaguar cars. But in the nineteen thirties it became one of Britain’s nine ‘shadow factories’. These were set up in case of bombing. If a factory building essential Spitfires was bombed, the shadow factories could still maintain the supply.

Over the duration of the war, the factory built something in the region of 20,000 aircraft.

Fifty years after the war ended, it was decided to commemorate the factory and its huge contribution to the war effort by the creation and erection of a sculpture. The ‘Sentinel’, the sculpture seen on the ‘Spitfire Island’ is trhe result.

An interesting piece of trivia is that it was created by midlands sculptor Tim Tolkien. And yes, the surname is familiar to us all as Tim is the great-nephew of JRR Tolkien. He was, of course, of German ancestry – which is a sort of twist to the tail.

The sculpture shows three Spitfire aircraft which, having taken off and flown in formation, have separated and are taking off in different directions. The photograph below gives an excellent view. 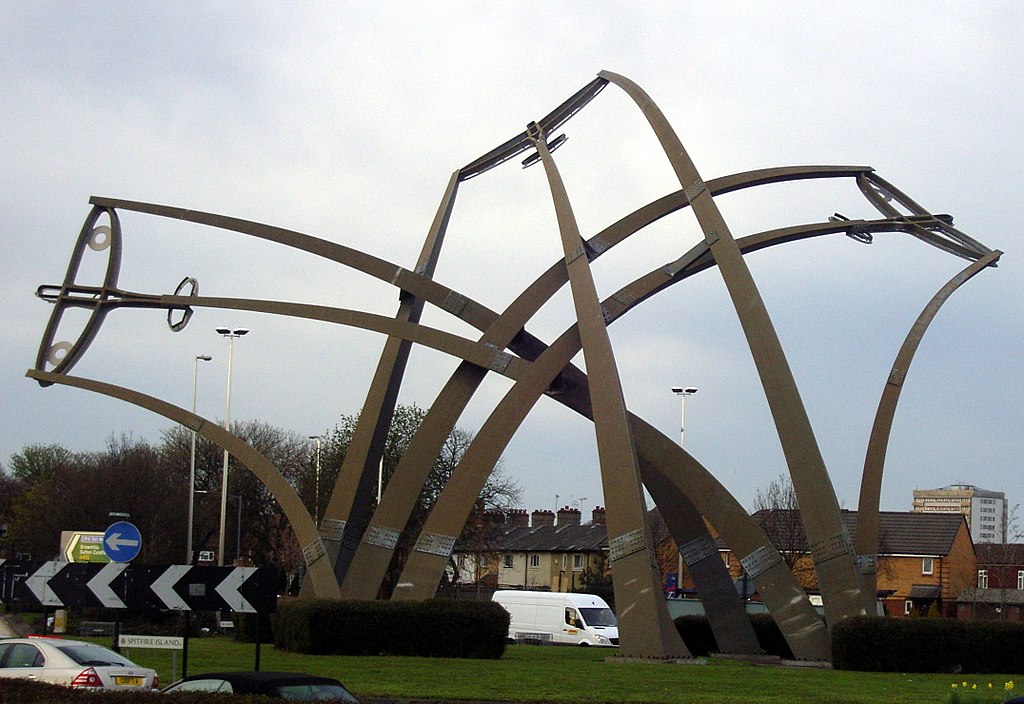 WHERE IS SPITFIRE ISLAND?