The Church of Sainte-Mère-Église

It’s a docudrama (as these things are now called) about the World War Two Normandy landings. D-Day in other words. If you’ve seen the film you might remember the part played by Red Buttons.

He played a paratrooper who was gliding down through the sky towards the chaos that was Sainte-Mère-Église but his landing was prevented when his parachute snagged on one of the pinnacles of the church tower. Familiar?

Well, it really happened. And today the church, the very church, has an unusual memorial to the American paratrooper who was marooned on the church spire. You can see it in the photograph above.

The paratrooper’s name was John Steele. He had fractured his ankle when he landed on the church roof and saw the devastation that was going on beneath him. Buildings on fire were providing the Germans with perfect illumination – the paratroopers landing in the village had little or no chance. Most were killed, wounded or captured.

He was eventially captured but escaped just a few days later.

After the war, John Steele continued to visit the village and the people there even made him an honorary citizen and saw him as a local hero. Today there is even a gorgeous ivy-covered romantic hotel and restaurant named after him – the Auberge John Steele. With just seven bedrooms and a stylishly cosy restaurant, the auberge is an excellent place to stay or call in for a meal or drink. 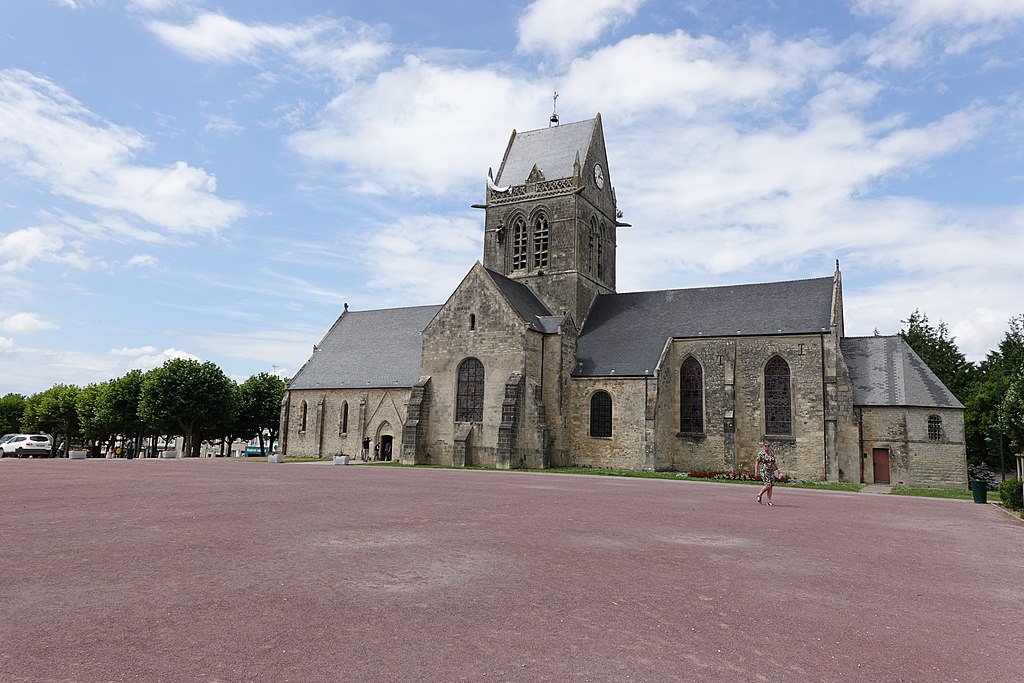 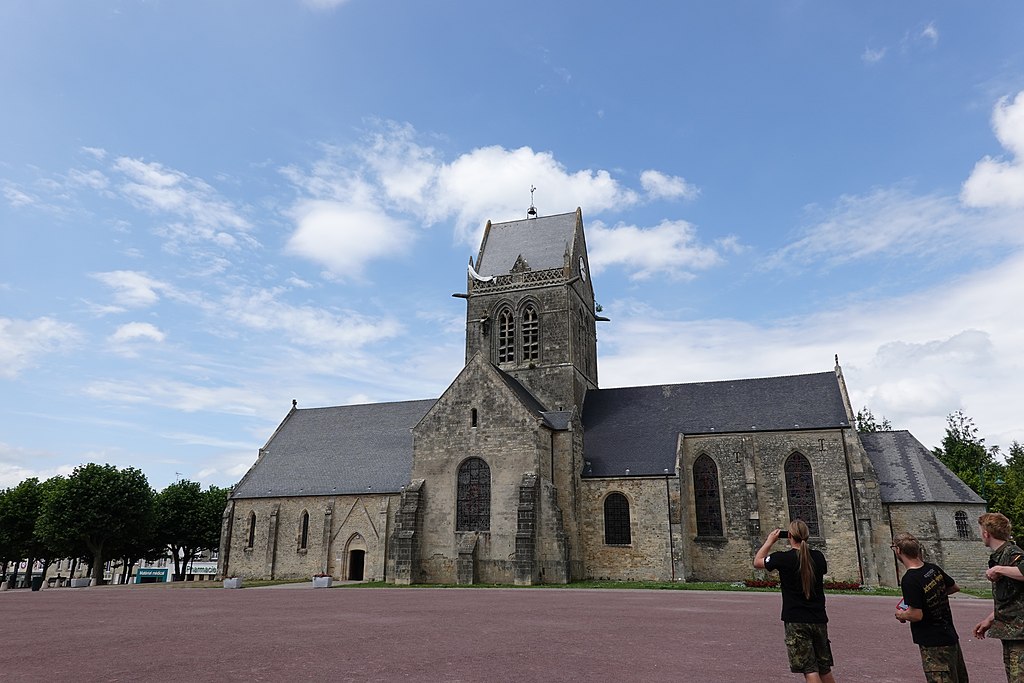 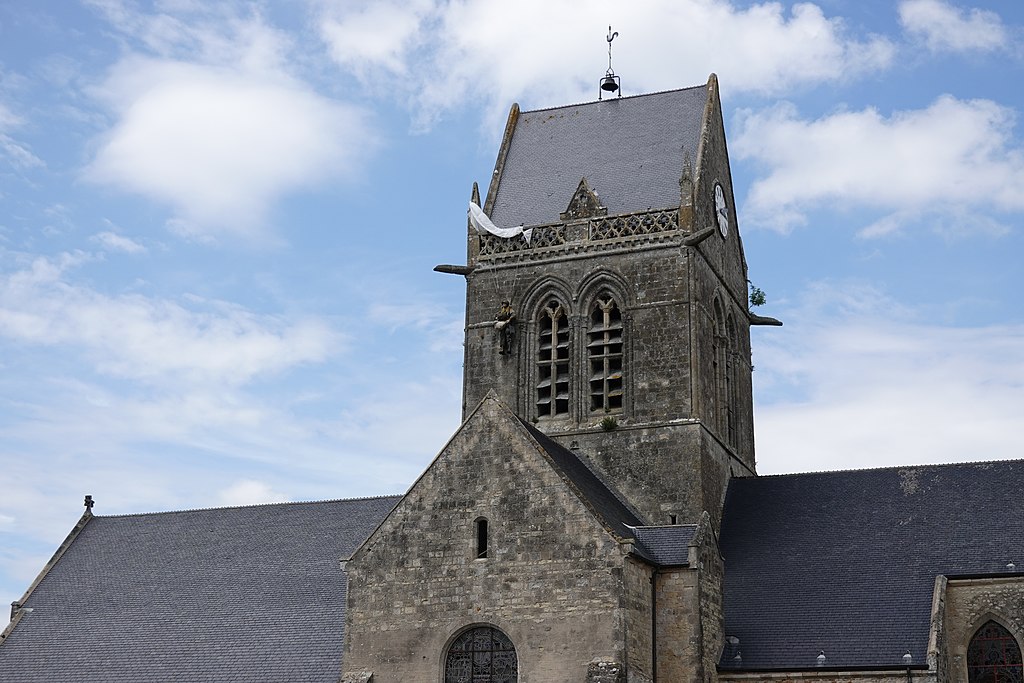 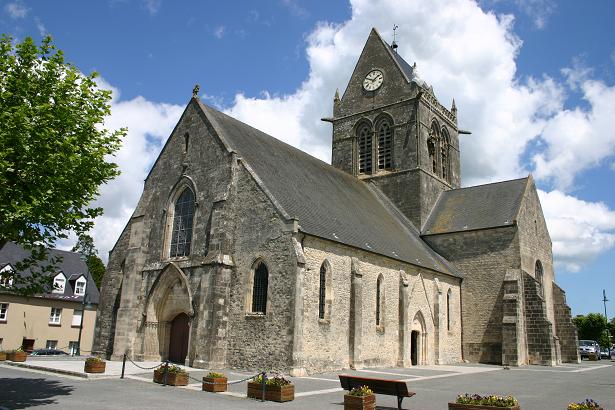