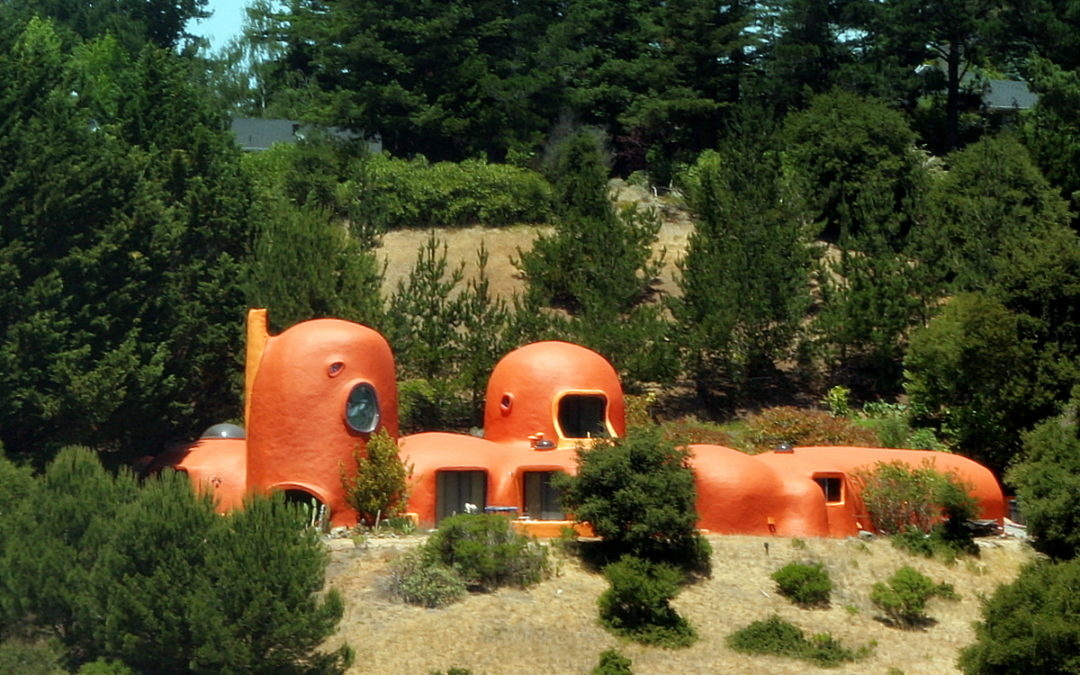 This astonishing edifice – a private home – was built in 1976. Architect William Nicholson created the building as part of an experimental series featuring what was referred to, not surprisingly, as ‘Blob Architecture’. The process involved spraying a liquid concrete onto wire frames formed over inflated aeronautical balloons. Yep.

After about ten years though, the cracks – literally – began to show and the house fell into disrepair. This pleased some of the local residents who felt that the property was an eyesore. One option was demolition. But restoration took place in 1987, giving the Flintstone House a new lease of life.

Then again, in 2000, controversial and far-seeing architect Eugene Tssui undertook a further restoration and remodel. Tssui is, without doubt, a character – in addition to his architecture, he’s an artist, musician, fashion designer and middleweight boxing champion.

Find out more about the architect and his work in the video below.

The Flintstone House spent a couple of years on the market – after all, it’s not to everyone’s taste – and during that period was rented out for $750 per night on Airbnb.

The house is now a private residence once again. It is not open to the public but can be easily seen by passing traffic.

WHERE IS THE FLINTSTONE HOUSE?

← Hosts: What Will You Do If You Get A Bad Review? The Clink Restaurant, London →