The Most Photographed Sight In Bratislava 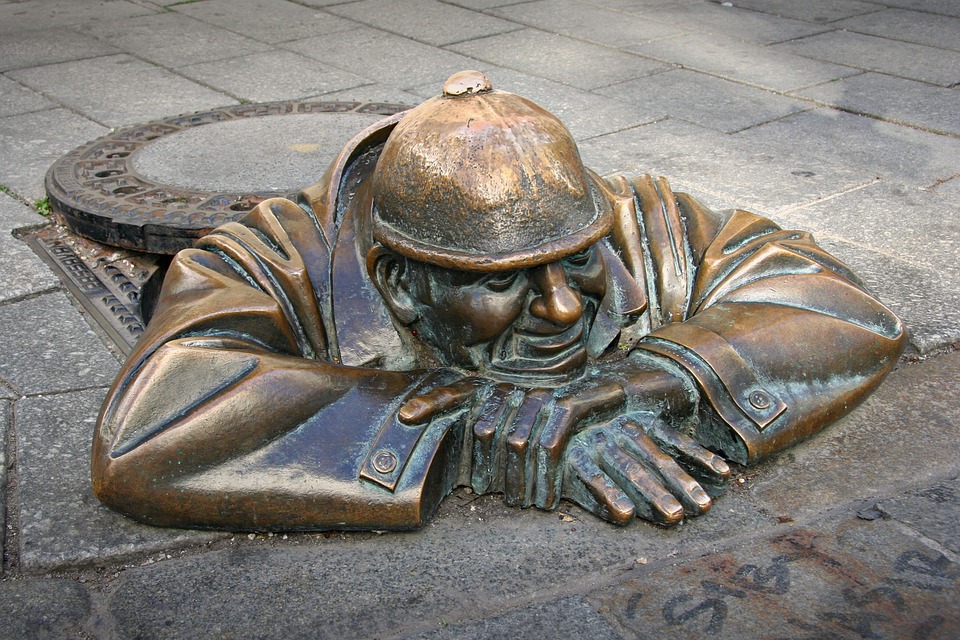 Meet Cumil. And as the title says, he is (allegedly) the most photographed tourist attraction in Bratislava.

One of the surprises of Bratislava is the number of lifesize bronze statues that are scattered about.

Cumil is described as ‘Man at Work’ although he’s obviously having a break from work when you see him. It’s not clear exactly what he’s doing popping up out of a manhole like that but it seems to be accepted that he’s a bloke who works down there in the sewers.

Some people say that he’s looking up the skirts of passing ladies but I think he simply looks like a friendly sort of chap who is just taking a breather from nasty work and watching the world go by.

It was created by artist Viktor Hulik, who was born in Bratislava. He also studied in the city at the Academy of Fine Arts. Cumil is a little out of character for Hulik who creates the most amazing abstract geometric works. He created Cumil in 1997.

What I particularly like about Cumil is the fact that he’s so close to the roadway that he’s had his head knocked off a couple of times which has led the local powers-that-be to erect a special warning roadsign.

I can’t find a copyright-free photograph that I can put here but you can see the warning triangle in the video below. Hopefully, pedestrians will take note too as I’m pretty sure that after a few glasses of wine I’d be prone to tripping over him.

← Got A Great Idea For Airbnb Hosts? Paris: Morris Columns →