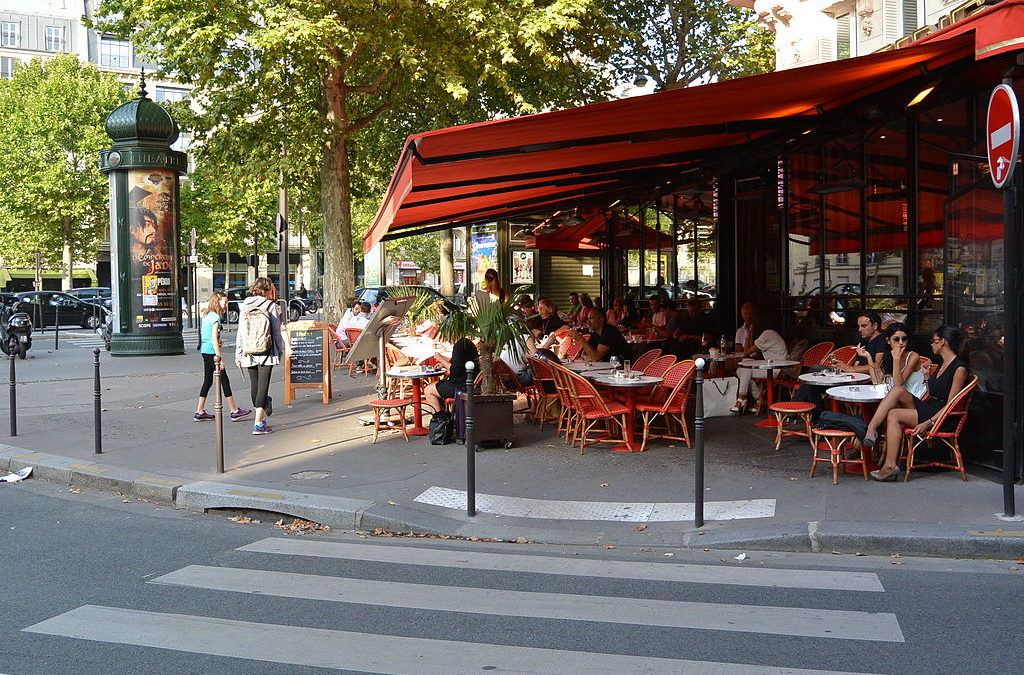 They are an icon of Paris, without a doubt. The Morris Columns, developed in the nineteenth century specifically to support advertising posters are seen in other European towns too but yet they somehow seem to be so typical of Paris.

When Gabriel Morris, a Parisien printer, first developed the idea for the city in 1868, they had already been popularly used in Berlin for over ten years.

Nevertheless, it was exactly what Paris needed – the stylish columns took up little pavement space and yet gave the maximum surface possible for the theatres, art houses and entertainment venues that wished to promote their shows.

Over the years, they began to have other uses in addition to the advertising. Some have housed the materials needed by roadsweepers – brushes and so forth. Others, controversially, we used as pissoirs. They have also been used to house payphones in the days before everyone had a phone in their pocket. But the advertisements have always been a feature.

Here’s one from days gone by with what was called a ‘modesty screen’ to conceal pissoir activities. 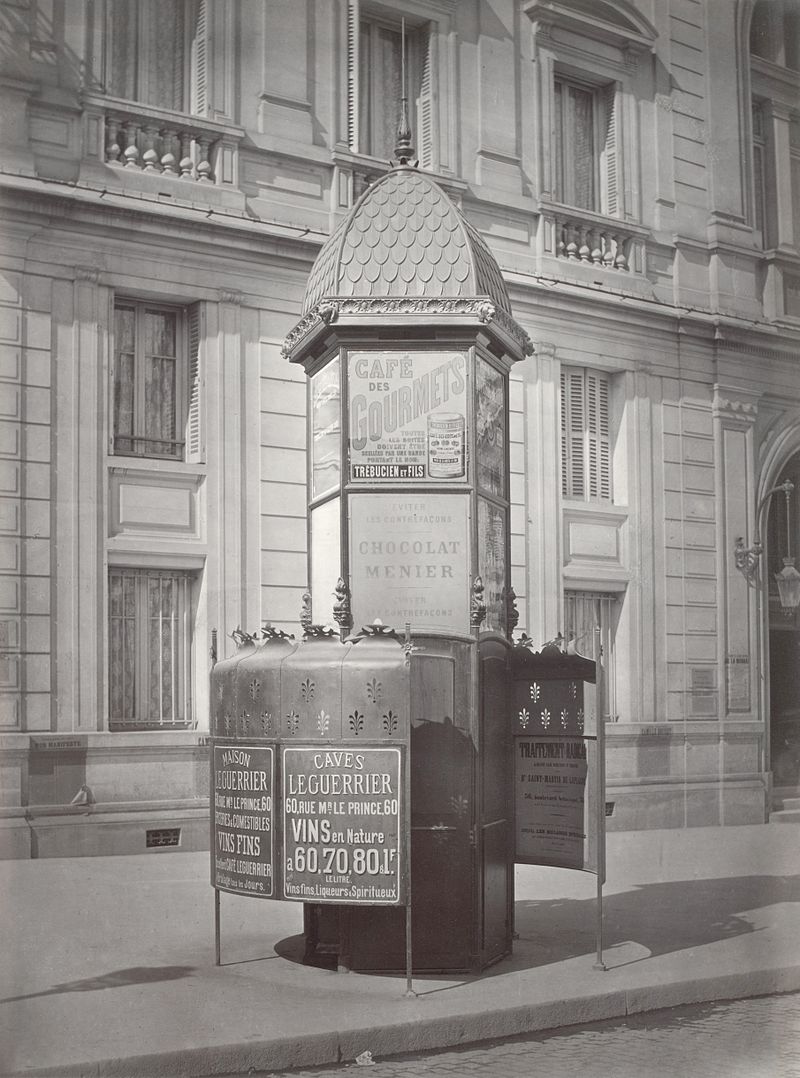 I’d hate to see these iconic structures disappear and there is an idea in existence to make the Morris Columns into structures that will actually help us in our goals to slow down or stop our destruction of the planet. SEE MORE HERE.

See the short video below.

← The Most Photographed Sight In Bratislava Herculaneum, Italy →