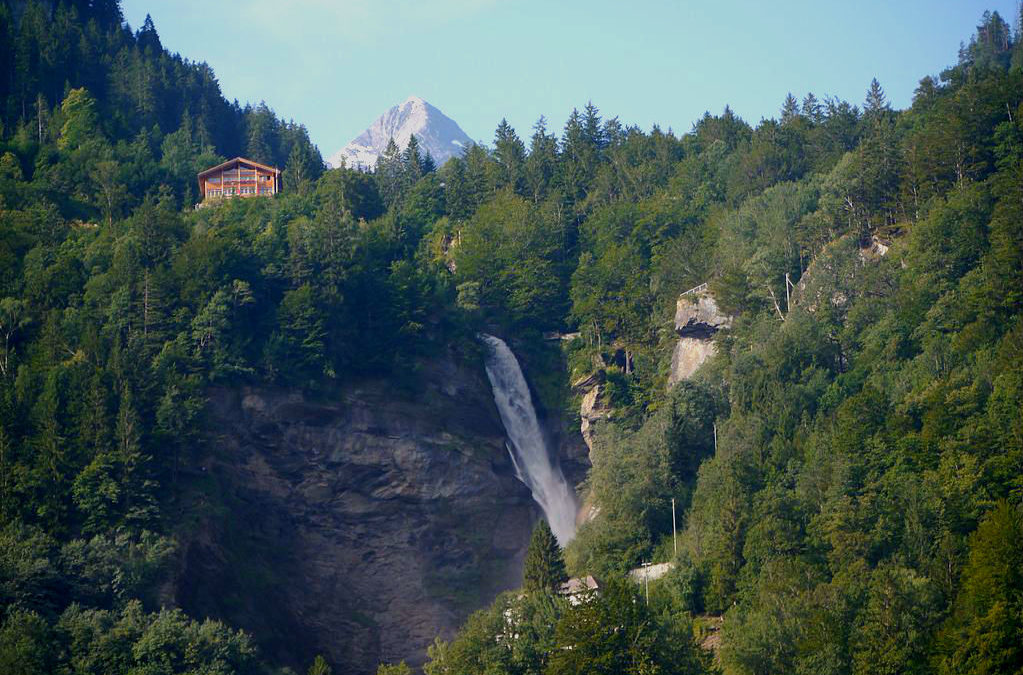 Probably the most well-known waterfall in the world, Reichenbach Falls has a fictional hero to thank for its fame. For it is here that Conan Doyle’s detective, Sherlock Holmes, had his ‘fatal’ battle with his arch enemy, Professor Moriarty.

It was here, in Conan Doyle’s story, Holmes and Moriarty fought to the death; both of them falling from the mountainside ending both lives so tragically.

The truth of the matter was simply that Arthur Conan Doyle was actually getting a little fed up of writing about the genius detective. So, just like soap opera writers of today when faced with an awkward character, he decided to write Holmes out – by means of the mountaintop battle ending in a deadly plunge.

The problem was though that Conan Doyle’s regular readers were outraged and Doyle was obliged to write The Hound of the Baskervilles explaining that Holmes’ death had been nothing more than one of his cunning ruses. The detective was alive and well and chasing giant hounds over desolate English moorland.

On the subject of writers and writing, I imagine that anyone like me who loves words, is extremely fond of the word ‘funicular’ – a truly excellent word – and it is by funicular railway that you can visit the falls today.

How to Find the Reichenbach Falls

JJ is originally from the UK and has lived in South Florida since 1994. She is the founder and editor of JAQUO Magazine. You can connect with her using the social media icons below.
← More Seniors Using Airbnb Helga's Folly, Sri Lanka →