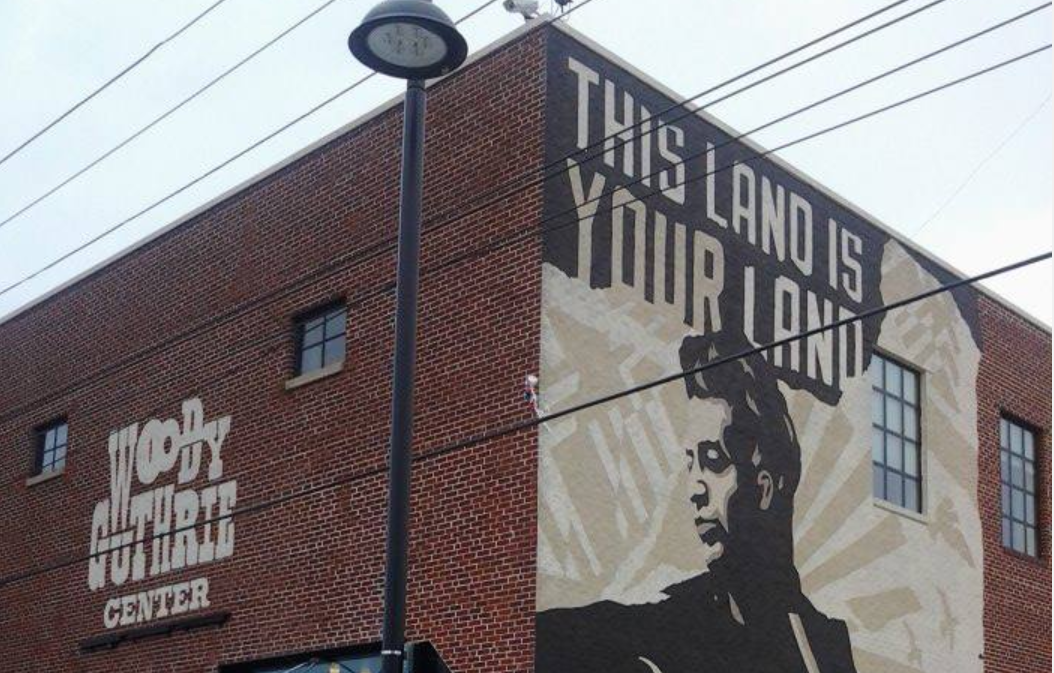 You might have heard of Woody Guthrie, especially if you’re from the USA or if you know about USA music in the 1950s and 60s. And if you were of a hippy-ish, anti-Vietnam war persuasion in the late sixties you might remember the song that made his son Arlo famous, Alice’s Restaurant.

But here’s a little trivia for you. Did you know that Woody Guthrie wrote the following lines in a song he wrote (unrecorded, I believe though) in 1954:

I suppose
Old Man Trump knows
Just how much
Racial Hate
He stirred up
In the bloodpot of human hearts
When he drawed
That color line.

Trump? Did you read that right? Yes, you did. But in 1954 it was referring to the infamous Donald Trump’s father.

What happened was this. Guthrie rented a place to live, and it sounds to be a bit scummy, in a place called Beach Haven, not far from Coney Island. Fred Trump, who fathered Donald and was the source of Donald’s riches, was the landlord.

During that time, old man Trump was investigated by the Civil Rights Division of the U.S. Justice Department for, and let me get this right, developing a “substantial impediment to the full enjoyment of equal opportunity”. In other words, he wouldn’t rent to people who were black.

Although they were never recorded, he hand-wrote several amendments and corrections to the draft song and these still survive. A researcher in Lancashire England found them in the extensive archive of material Guthrie left when he died in 1967. Today, these can be seen at the Woody Guthrie Archives and Foundation in Tulsa.

Guthrie was a fascinating man who had a hard life and a very sad end.

*** Another item of trivia –  as you read above, Woody Guthrie in 1954 wrote about the injustices of the man who fathered the man who would eventually become the President of the United States. But did you know that Woody himself was named after a former US president?

It’s true, as you might have realised, his first name wasn’t actually ‘Woody. His full name was Woodrow Wilson Guthrie.

Where Is The Woody Guthrie Centre?

Trending Now : Campendium: Where To Camp in N. America