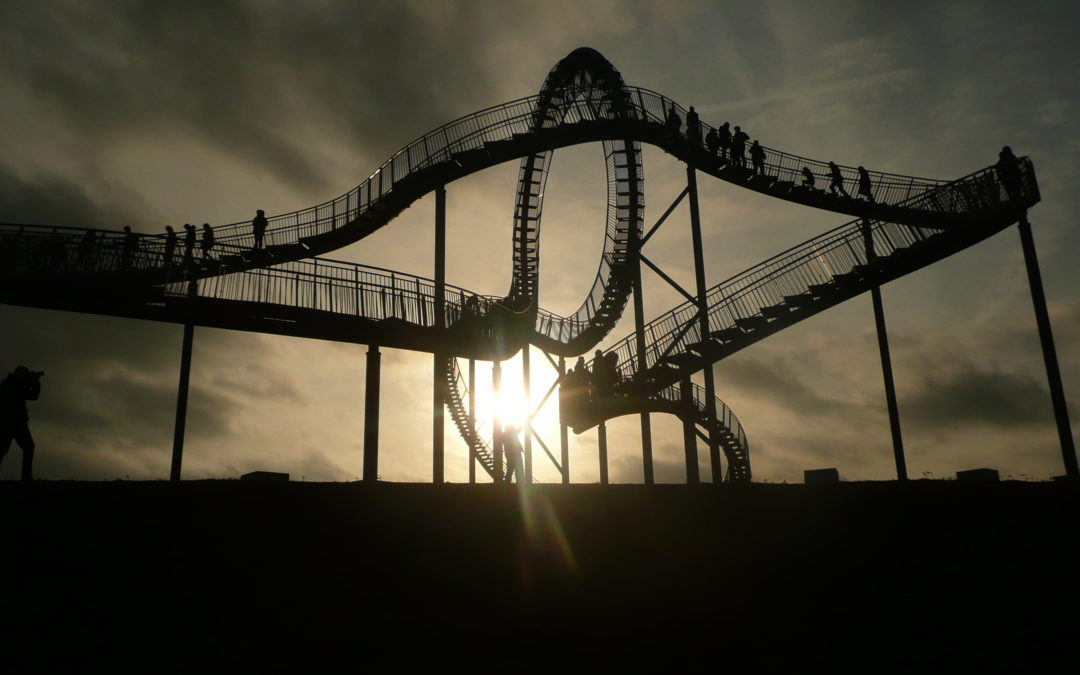 No, it’s not a roller coaster. But it looks like one, doesn’t it? In fact, it’s an art installation but one that the public can enjoy – by travelling along and around it but on foot rather than at roller coaster speed. And the view is spectacular – what a photo op.

The name struck me as a little odd to begin with and then I realised that this is simply a version of the ‘tortoise and the hare’ – the Aesop fable. The tiger represents the speed and the turtle the slow and steady alternative. Although the installation looks like the tiger (super-speedy) it’s really for us to approach as a turtle would – slowly and meaningfully.

It’s located in Duisburg, Germany, and it was built on the site of a mound of mining waste.

The Tiger & Turtle was designed by Ulrich Genth and Heike Mutter. 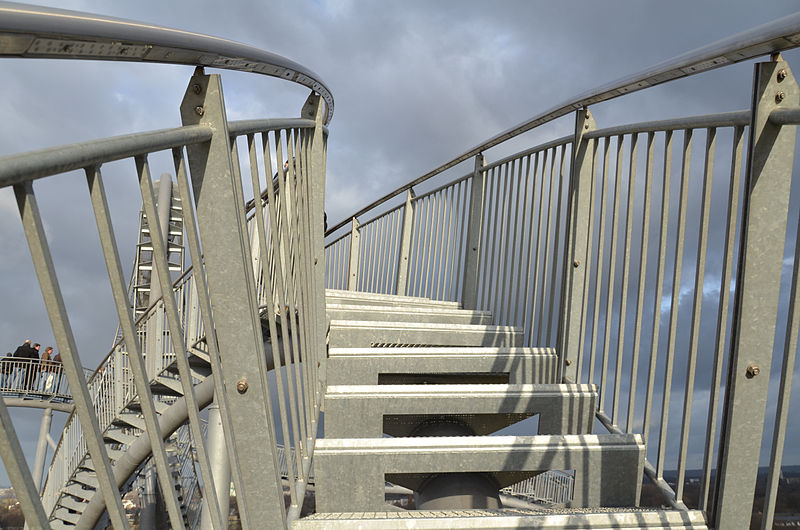 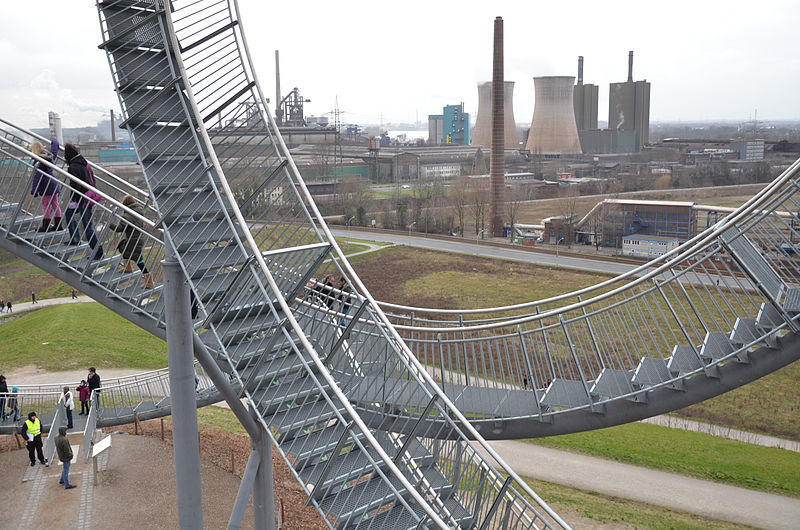 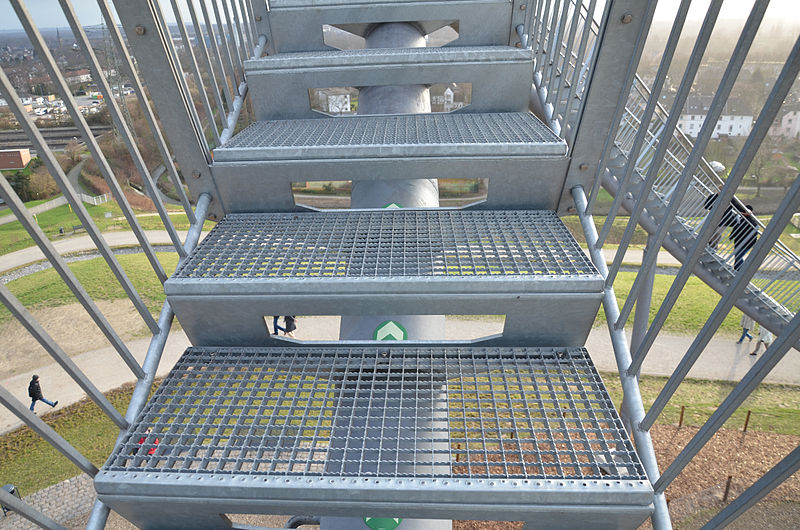 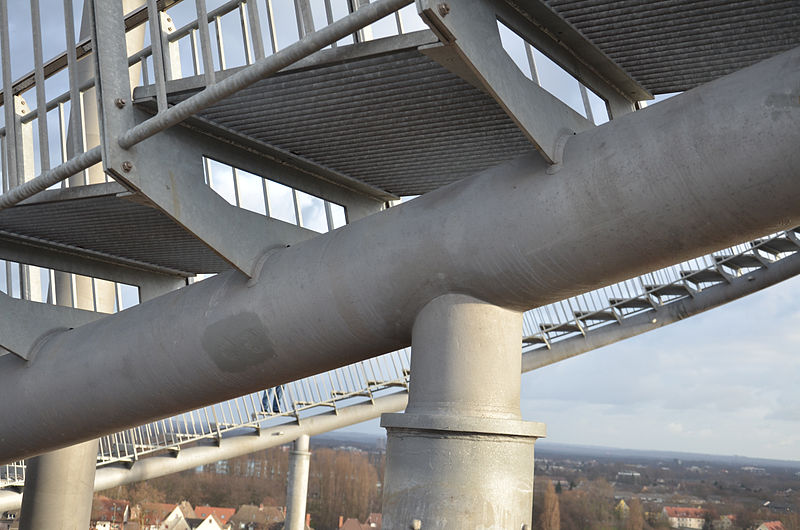 WHERE IS THE TIGER & TURTLE?