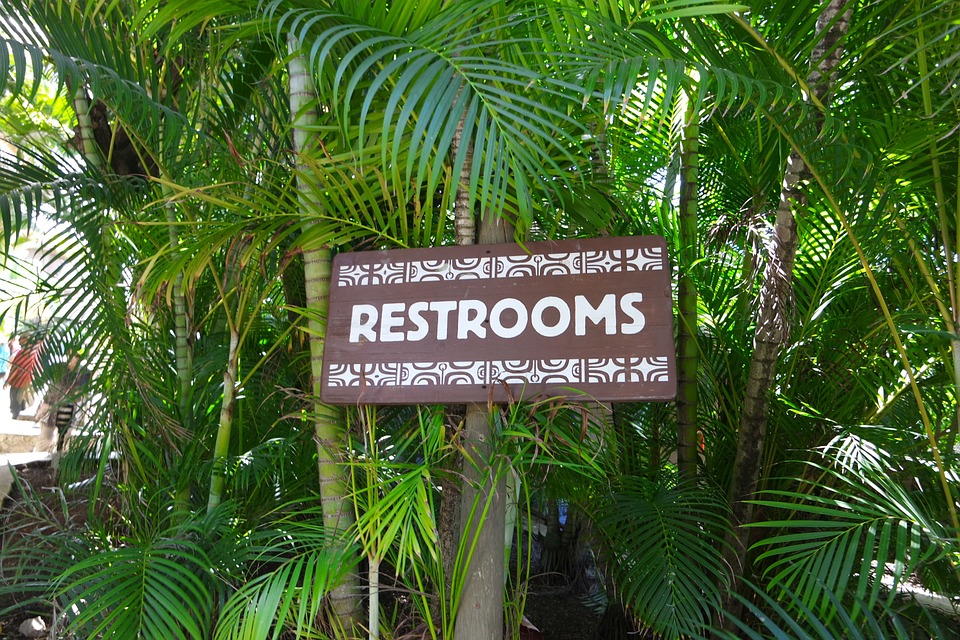 Seriously, one of the worst things about travelling is using public loos. I mean it. When you spend so much of your year using your own private and personal facilities, those loos on planes, trains, in restaurants, truck-stops, public parks – and the list goes on – often seem to be just gross don’t they?

Travel, they say, broadens the mind. But anyone who has travelled extensively knows that it’s not just the mind that finds itself in challenging situations – other parts of our bodies find unusual things to cope with too.

An important thing to bear in mind as you’re travelling the world and experiencing its various loos, is that there is no right and no wrong.  Many people from the US seem to think that they alone know what a hygienic loo practice is – and many people in other parts of the world think it’s absolutely disgusting that those same Americans use loo paper instead of washing after taking advantage of the toilet.

Squat toilets for instance – the sort that simply offer you a couple of foot-guides with a hole in the middle – are far more hygienic in public loos that plonking your bare bottom on a nasty toilet seat containing goodness-knows-what in the germ department. The Japanese – with their truly marvellous super-tech toilets – are quite probably justified in thinking that we’re all pretty primitive in the toilet department. As I said, no right and no wrong.

Speaking of nasty toilet seats, the good news is that despite what your mother may have told you when you were a child, the chances of you catching any diseases from the loo seat are tiny.

And if you were taught to manufacture a primitive sort of loo seat cover using your origami skills and toilet paper, forget it. The fact is that you want to handle loo paper as little as you can, reserving your contact only to that which is absolutely necessary.

You see when a loo is flushed, microscopic particles (for want of a better word) are released into the air and fall to earth on all nearby surfaces – including the loo paper. It might just be the muckiest thing in there. Although I used to silently scoff at my old gran for always having emergency loo paper in her handbag, I have to now admit that it was pretty smart of her.

On the subject of paper, you may find in some areas – yes, civilised places – that the plumbing isn’t robust enough to tolerate the flushing of anything other than bodily waste. You cannot even flush the paper. The fact that there’s a local waste container will alert you to this.

People who travel extensively gather a variety of skills and tips as they go along. There are so many small but significant ways to make travel easier and much more pleasant. One of the habits that frequent travellers quickly discover is that of making full use of toilet facilities whenever they appear.

Even though the need might not be totally pressing, it’s a good idea to make the most of the facilities that you see along the way – just squeeze a few drops out if necessary. In some places, you really don’t know when the next loos will happen along.

In most places, it’s easy to find loos. Even if there are no clearly signposted public facilities, in towns and cities loos will be provided in railway and bus stations, airports, department stores, museums and so on. Most hotel lobbies can offer a restroom too. Watch for fast food restaurants, gas stations and convenience stores also.