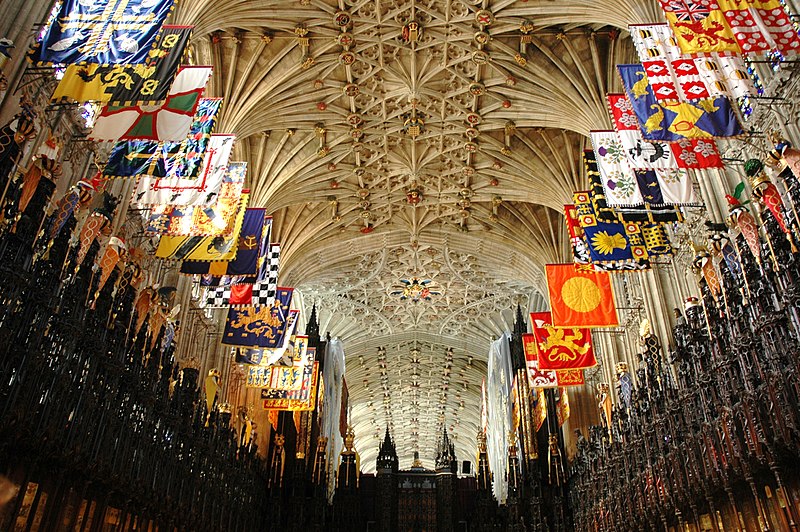 I imagine that in years to come, there will be an increase in American visitors to St George’s Chapel at Windsor Castle – thanks to the marriage of the UK’s Prince Harry to American actor Meghan Markle. Our two countries have a long history together and this marriage is yet another milestone.

It’s the most astonishing – and ancient – venue.

It dates from the 14th century when it was founded by King Edward lll – that’s many years before the establishment of the United States. And to return from the 14th century to the 21st, because Windsor Castle is just a 15-20 minute drive from Heathrow Airport, it’s a great plan to visit if you’re on a layover.

Although Westminster Abbey is used for the weddings of monarch (and in recent memory the wedding of Prince William to Catherine Middleton, and the marriage blessing of Prince Charles to Camilla Parker Bowles) St. George’s has been used many times for royal weddings. It’s also the place where many royals are buried and is planned to be the final resting place of Queen Elizabeth ll.

HOW TO FIND WINDSOR CASTLE

JJ is originally from the UK and has lived in South Florida since 1994. She is the founder and editor of JAQUO Magazine. You can connect with her using the social media icons below.
← Fangfoss-with-Spittle: Truly... What Are Stolpersteine? →