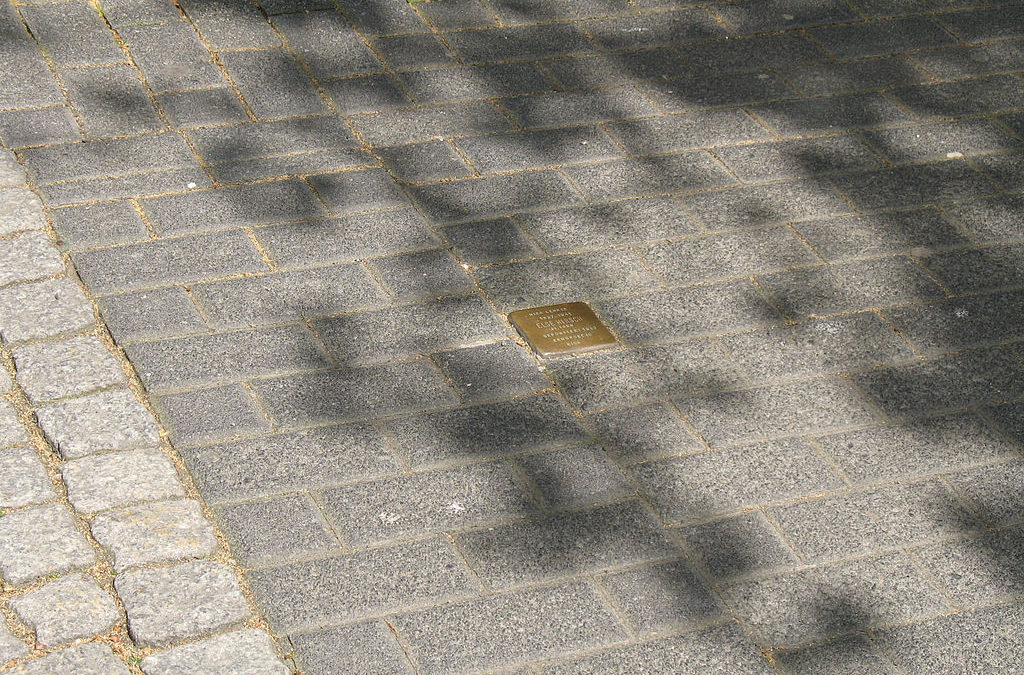 There are over 60,000 stolpersteine in various places throughout the world. If you’ve been to Germany, Austria, Belgium, Italy … most of Europe … then the chances are that you’ve seen at least one. If your trip is in the future, watch out for stolpersteine as they are located in over 1,000 cities and towns.

But they are easy to overlook.

See the photograph above; stolpersteine, which translates as ‘stumbling blocks’ are brass plaques – memorials to the victims of Nazi persecution in the Second World War. Most, but not all, stolpertine were created and installed by German artist Gunter Demnig . However it was Demnig who initially developed the idea and it’s claimed that his brass plaques form the world’s largest art installation.