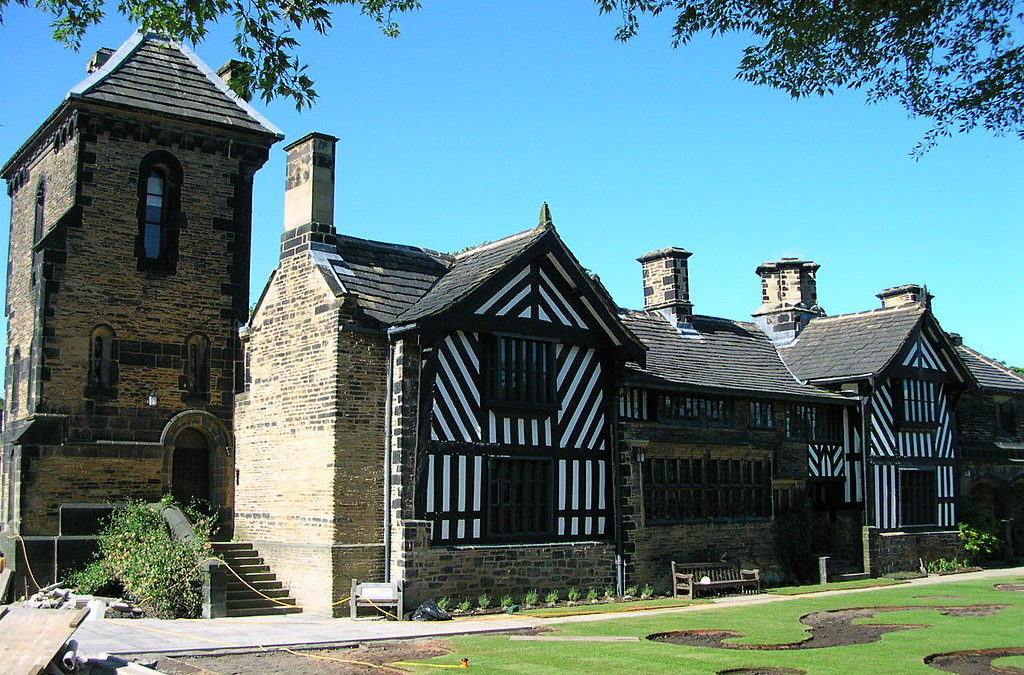 Anne Lister was born in 1791 in Yorkshire. That’s many years before homosexuality became legal in Britain and at that time, the word ‘lesbian’ didn’t exist but nevertheless, Anne grew up to be a pioneer in the world of being true to her own sexuality. She is sometimes referred to as the ‘first modern lesbian’.

The Lister family was well known in the Halifax area, being landowners, mill owners and cloth merchants.

Anne was a lively child – too lively for her mother to cope with – so she was sent away to school at an early age. It was when she was a teenager in a boarding school in York that she had her first affair – with another schoolgirl.

Shibden Hall, built in the fifteenth century, had been in the Lister family since 1615 and due to the death of various family members, Anne became the sole owner of the estate in 1826.

We know a great deal about Anne and her personal life because she left a diary – part of which was written in her own secret code – which gave full details of her life and loves. In addition, she also describes a great deal of the day-to-day workings of Shibden Hall and its estate.

The couple travelled to Russia in 1840. Anne died there. She died of fever aged only forty-nine. She had left Shibden Hall to her cousins in her will but she stipulated that Ann should have lifelong use of the property.

Ann had suffered from mental health problems in the past and shortly afterwards she was ‘forced’ into an asylum. She died in 1854 and because she was classed as insane, she had not been able to leave a will. Shibden Hall reverted to the Lister family.

Now a museum, Shibden Hall is open to the public and gets great reviews from visitors. READ REVIEWS HERE.

In addition to the hall, the estate houses a country museum featuring barns with a carriage collection, plus workshops for craftsmen such as blacksmiths, coopers, saddlers and so on.

The entire experience is set in the estate which features extensive woodlands.

Find out more from the video below. 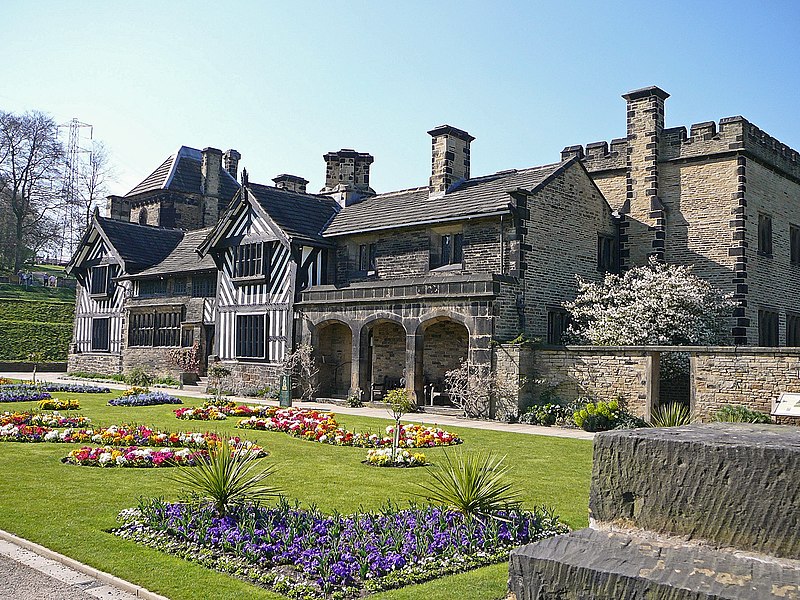 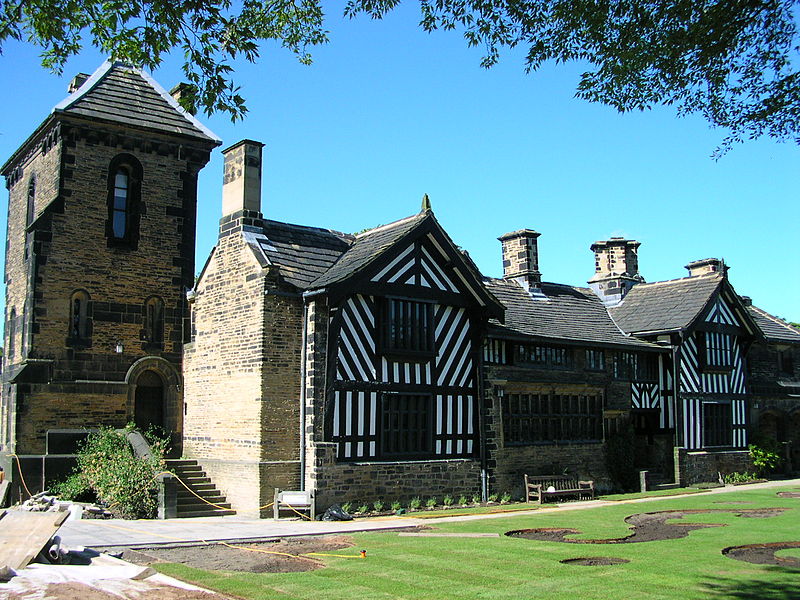 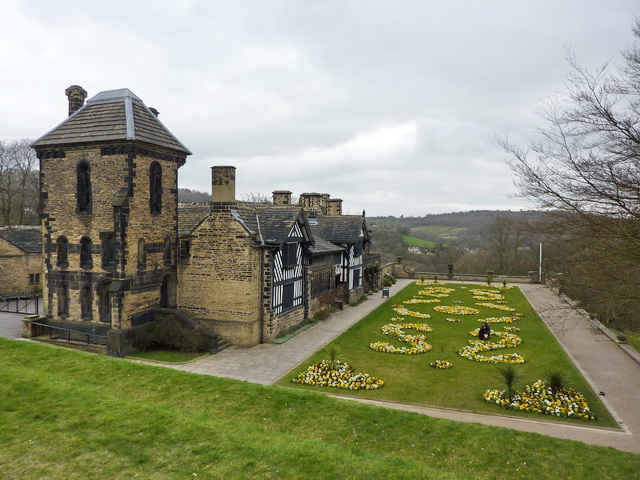 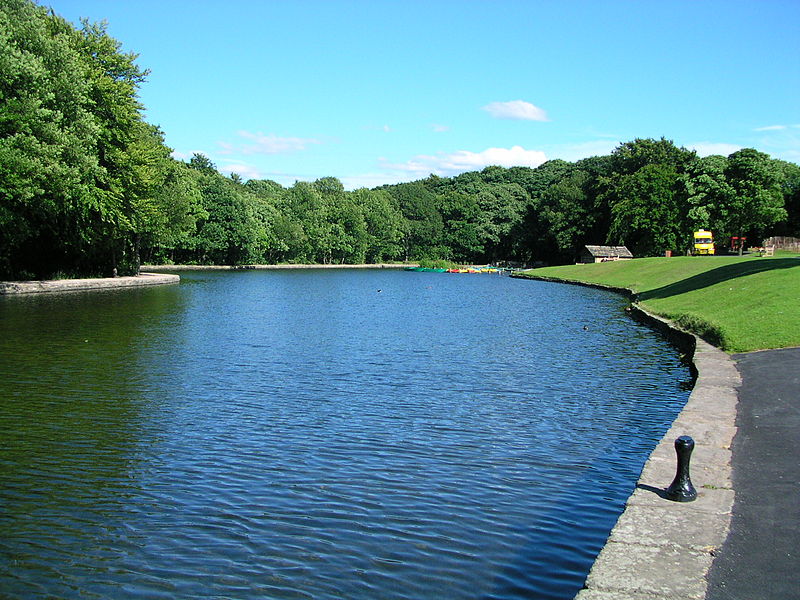 HOW TO FIND SHIBDEN HALL

The relationship between Anne and her partner, Ann Walker, was considered by them to be a marriage, especially after they had taken the sacrament together at Holy Trinity Church in York.

A plaque was later erected to commemorate this but attracted unwelcome attention because of the phrase ‘gender non-conforming. 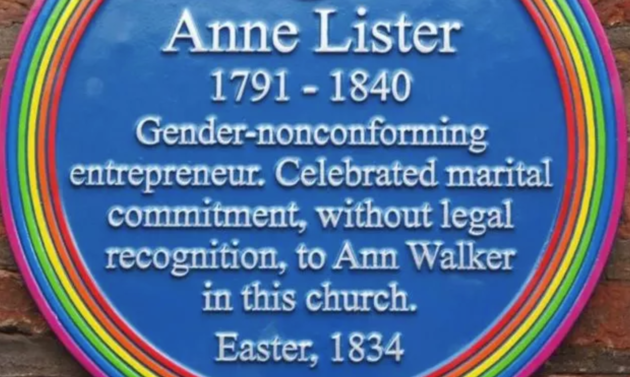 People objected to the wording on the plaque as it took away Anne Lister’s lesbian identity. Many felt that ‘gender non-conforming’ was inaccurate (and a bit of a cop-out really … as though they were trying to avoid the word ‘lesbian?’)

To me anyway, the part about the union being ‘without legal recognition’ was a little pointed too. Why mention that?

Due to public pressure – a petition was raised – the plaque was replaced with the following. 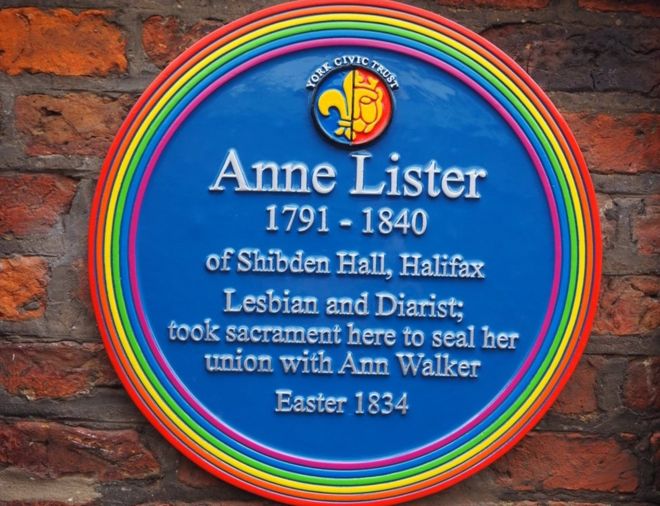 The church itself is well worth visiting to allow enough time to explore the interior as well as dropping by to see the plaque. Yes, there are so many things to see in York and Holy Trinity is one – dating, like Shibden Hall, from the fifteenth century.

WHERE IS HOLY TRINITY CHURCH?