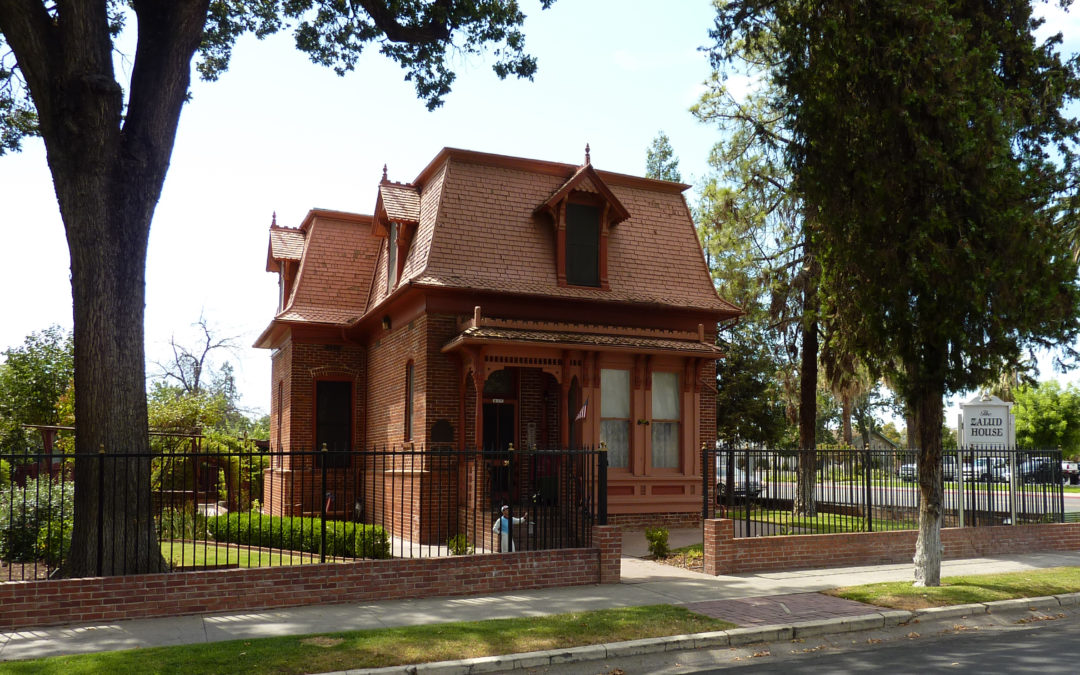 It’s certainly not the best looking house I’ve ever seen but it is supposed to be decidedly spooky. And with its history, it’s hardly surprising. The architecture is interesting, to say the least, but this house – which is now a museum – is unusual in that it belonged to the same family throughout its habitable life. You guessed it – the Zaluds.

This unusual name originates in Bohemia where the family originated. John Zalud, who built the house, was second-generation and had become a reasonably well-to-do businessman when he commissioned the house in 1891. He and his wife had six children three of whom survived to adulthood, Anna, Edward and Pearle.

The furniture and accessories in the museum all belonged to the Zalud family amongst them, several paintings created by Anna. Her husband, however, William Brooks was shot and killed in the nearby Porterville Pioneer Hotel. Here’s the story from the local newspaper. 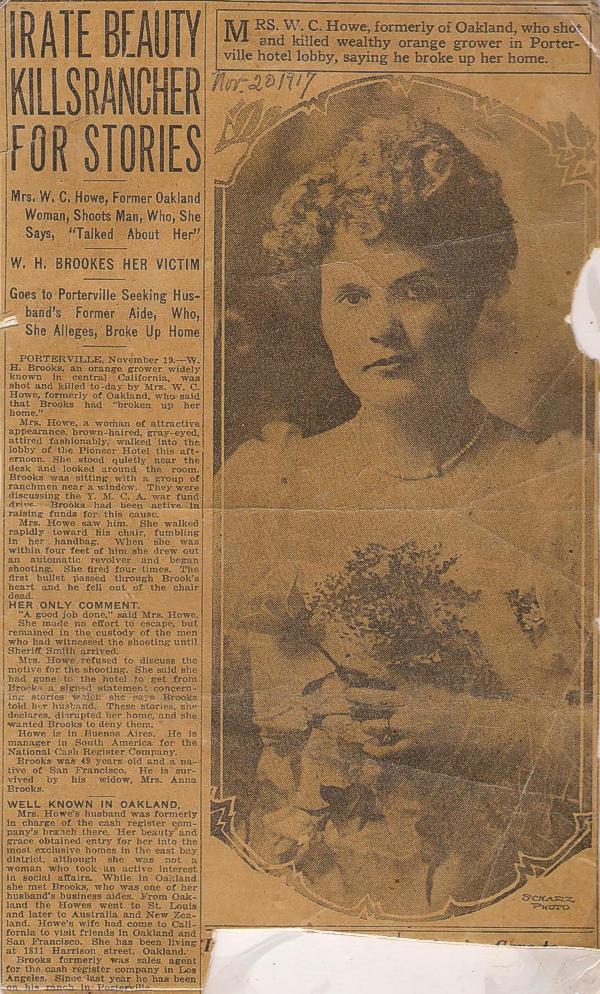 Her brother Edward had worked with William Brooks. He returned to live in Porterville after the murder but he too came to a sticky end just a few years later. He was killed in a riding accident.

Pearle was spared a tragic end but she never married, staying at home all her life looking after her father in his later years. John Zalud died in 1944 and Pearle remained a spinster. When she died in 1970 she left the Zalud House and all its contents to the city of Porterville and in 1977 it was opened as a museum.

Many say though that the spirits of the late Zaluds, especially those who met unexpected deaths, still linger…

Where is the Zalud House?

← Den Gamle By, Denmark Hosts: Is It Okay To Snooze Your Listing? →

Trending Now : What are Alberghi Diffusi?