Divided By A Common Language: Biscuits 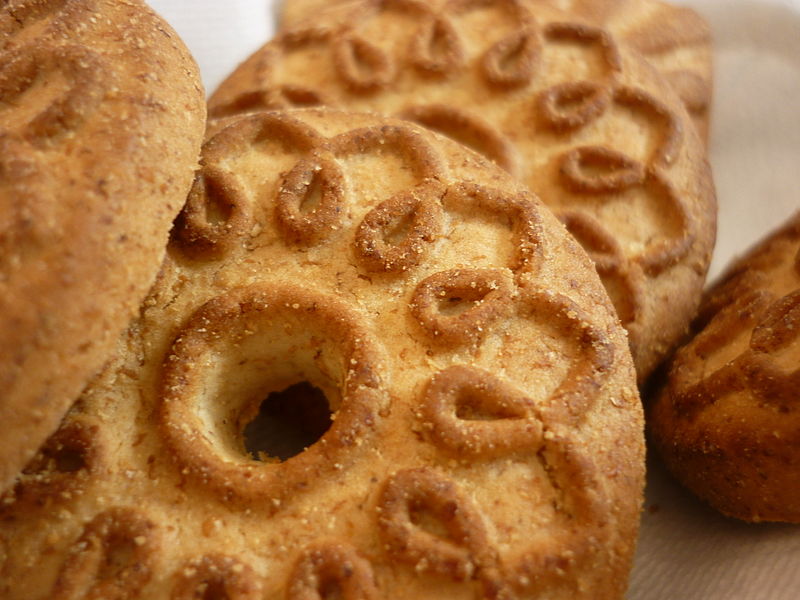 A bit of a minefield, this one.

Sometimes, you’ll read or hear that a UK biscuit is a cookie. It isn’t really. Those large crumbly things with chocolate chips and so forth are called cookies in both countries.

Where the cookies difference comes is when you get to mass-produced US cookies that are smaller in diameter. Here we have the required chocolate chip extravaganza and also a curious (and to be honest, not very tasty) phenomenon known as an ‘oreo’. Do not be misled into thinking that these are anything like UK biscuits.

But the situation gets stranger. For in the USA there are foodstuffs known as ‘biscuits’ that are eaten … for breakfast with gravy. I know, I know, the average Briton now has a mental image of a plate of Hobnobs, or Jammy Dodgers, or Bourbons, or Chocolate Digestives slathered in onion gravy. A horrifying image, I agree.

But the American biscuit is another kettle of fish altogether. For starters, it’s savoury. And the gravy isn’t gravy as a British person would know it – it’s made with milk. I know it sounds gross but the biscuits themselves aren’t too bad, Truly.

Biscuits however, are taken very seriously in the UK.

There was even, once upon a time, a tremendous website called A Nice Cup of Tea and a Sit Down. It’s still there but seems to have not been updated for about a decade despite the ‘today’s date’ javascript on the index page.

It does show though, just how serious the business of a proper biscuit is, as this website was completely devoted to the biscuit. Not, I very much hasten to add, the American with-strange-gravy comestible but the real thing; the Hobnob, the Jaffa Cake, the McVitie’s Chocolate Digestive, the Jacob’s Club, the Rich Tea and so on.

Or indeed, the much-maligned pink wafer thing. (Like most people, I have no idea what it’s called.)

You see for the English biscuit devotee, and what English person isn’t a biscuit devotee we ask, the paragraph above-but-one is fraught with controversy.

Is, for example, a Jaffa Cake really a biscuit? And as far as Chocolate Digestives are concerned, are you in the milk or the dark camp? These are serious issues to the average British person. Indeed, this is much more important than the oft-mentioned ‘do you or don’t you like Marmite’ debate.

The consequences of this misdirection on the part of the USA when deciding to steal our language and crudely adapt it for their own use means that visitors from the USA to the UK – or vice versa of course, can be seriously disappointed when dining or supermarket shopping.

The American visiting the UK has, naturally, a whole new world to discover. He or she can delight in the discovery of the Garibaldi, the Bourbon and the Custard Cream. The Jammy Dodger awaits and the Chocolate Fingers will never be forgotten.

The UK visitor to the USA will have to remember not to make gross facial expressions and nasty regurgitative noises when confronted with a menu that reads ‘biscuits and gravy’. I’m told that they are actually edible.