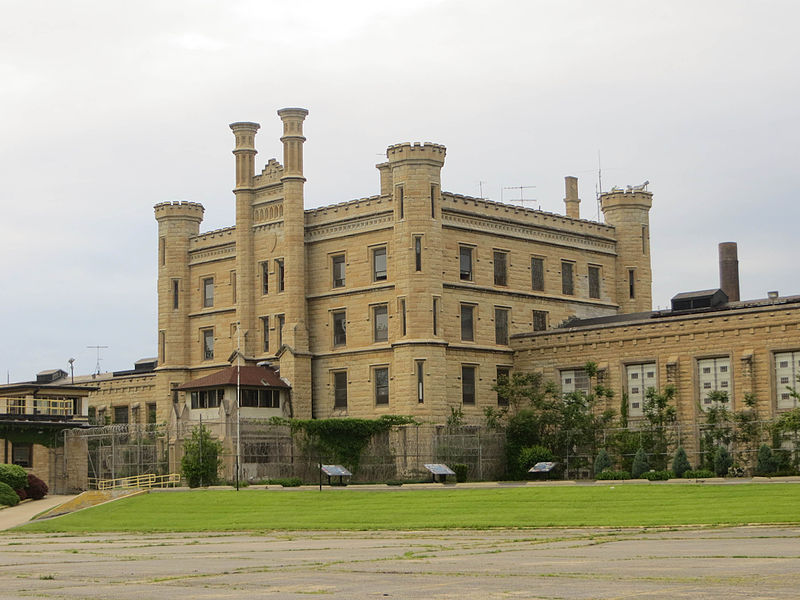 If you’re anything like me, you hear or read ‘Joliet’ and it means only one thing – The Blues Brothers! At the beginning of this super-cool, classic, cult film, Elwood Blues is collecting his brother Jake who is just being released from jail – from Joliet Correctional Facility.

The scene was filmed right there at the real prison.

It’s an historic place too – having first housed bad guys in 1858 and it remained open until 2002. Spookily, the building was damaged by fire in 2017. Appropriately, the fire was a result of a criminal act – it was arson. If you search Google Images for ‘Joliet Correctional Center’ you’ll see some spookily fire-damaged interior photographs.

It might at first seem like a strange place to visit but the local historical society announced in 2017 that they were planning to open the facility for tourists to visit. I know I’d love to go!

Now watch as Jake Blues is released from Joliet in the 1980 film.

The bridge? You can visit that too, although not necessarily perform the jump! See the map below.

HOW TO FIND JOLIET PRISON

JJ is originally from the UK and has lived in South Florida since 1994. She is the founder and editor of JAQUO Magazine. You can connect with her using the social media icons below.
← When is Easter? Boots Court Motel, Carthage, Missouri. →