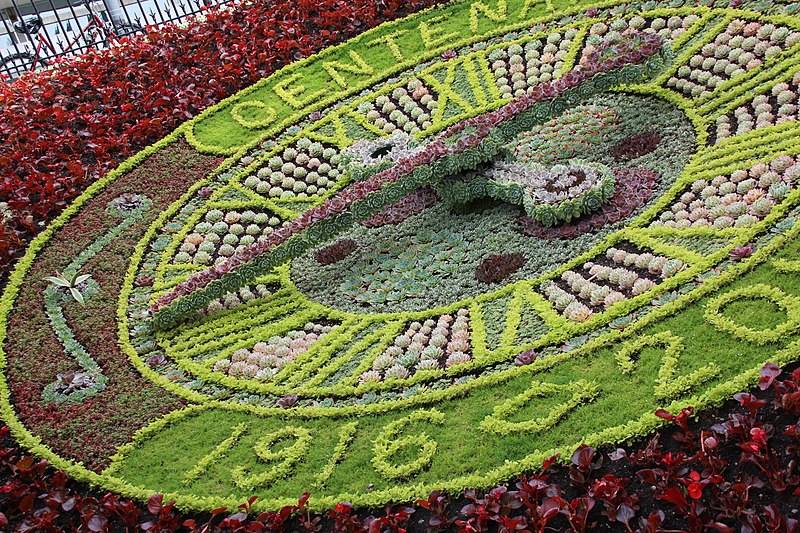 They can be found all over the world now, these floral clocks. Indeed. there was even one at Michael Jackson’s Neverland home.

But the tradition began in Edinburgh in Scotland well over a hundred years ago.

Over the years I must have walked past dozens, if not hundreds,  of these – usually at the seaside; Whitby, Bridlington and so on. So despite the fact that they are all over the world, I still tend to think of them as being intrinsically British. To me, they are part of the British seaside like bathing huts and bandstands.

The first example, the one in Edinburgh, was first planted in 1903. You can still see this floral clock today. It’s newly planted every year – often with a new design commemorating an event – and you can see it during the summer months.

But despite walking past examples so many times, I never truly thought about the work and care that goes into constructing what is basically a new floral clock each and every year. You can see a gardener in one of the photographs below balancing precariously as he tends to the plants.

It does, incidentally, tell the right time. The original clock mechanism, buried in the ground, remains in situ. Originally it was wound daily but since 1973 has had an electric motor to ensure that passers-by always know the hour.

In 1953 a little house was whimsically added to the location to house a cuckoo that pops out on every quarter-hour.

There are many excellent reasons to visit Edinburgh so don’t miss the famous original floral clock when you’re in the neighbourhood. 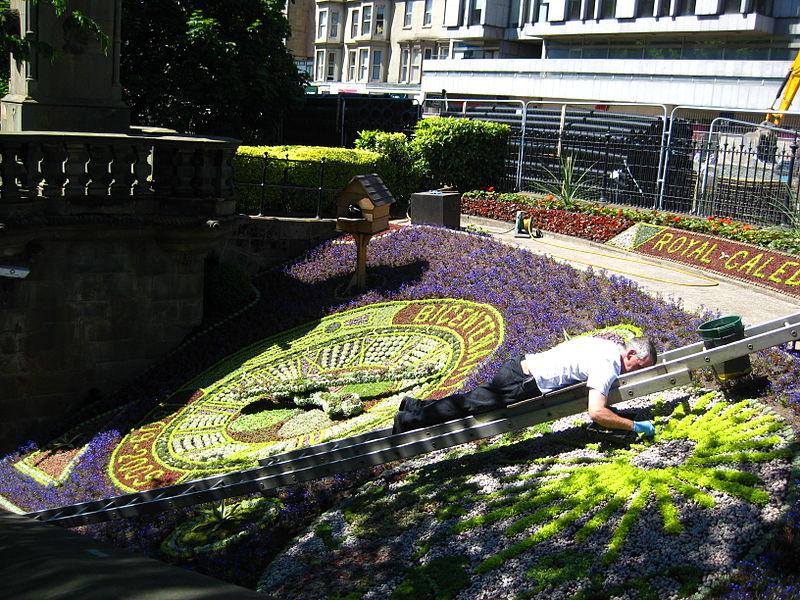 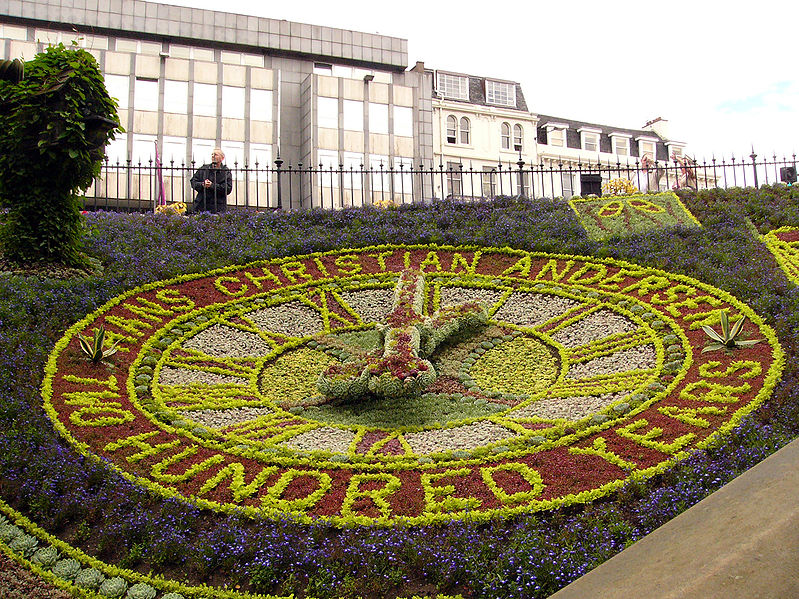 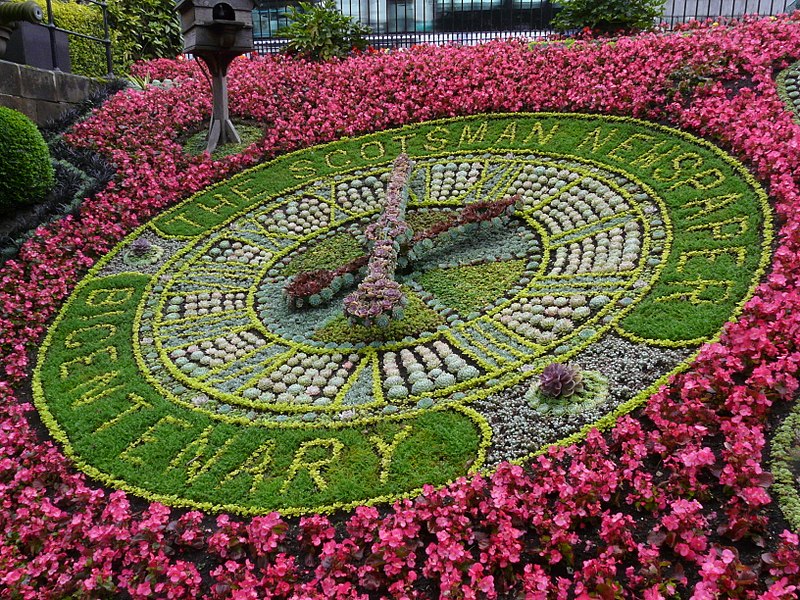 WHERE IS THE EDINBURGH FLORAL CLOCK?

← What are Alberghi Diffusi? The Original High Fiver - Palette →