If you understand basic French then don’t worry, I’m not suggesting that you visit a swimming pool. Well, not quite. La Piscine (meaning the swimming pool) used to be just that, having been built in the northern French city of Roubaix for the benefit of the local population. Work began in 1927 and a superb art deco facility was created.

It was known as the most beautiful swimming pool in France. And it certainly was stunning. Not only that, it was a boon to the city and its occupants and held not just the swimming pool but other facilities too. It was seen as bringing a fresher, healthier lifestyle to the industrial city.

But by 1985, it was falling into disrepair. However the powers-that-be, unlike other municipalities, decided that although it was no longer feasible to maintain the building as a swimming pool it would be perfect as an art museum. This spectacular building opened in 2001. 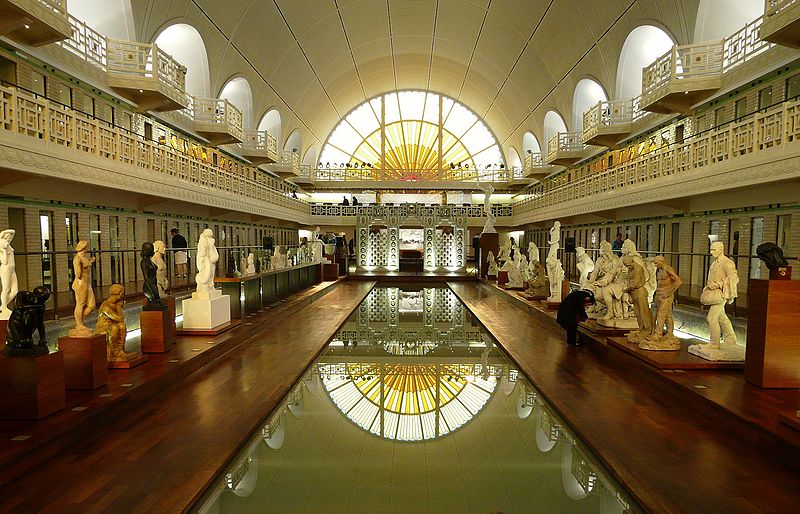 Most of the original features have been preserved, including a portion of the Olympic sized pool itself. In its incarnation as a public swimming baths, huge stained glass windows at either end of the pool reflected the sunrise and sunset onto the water.

They still do. But now, they also reflect the sculptures that are set around it. Roubaix is close to the magnificent city of Lille and La Piscine’s address is 23 Rue de l’Espérance, 59100 Roubaix. See images and learn about the tours here.

Take a look at the videos below to see more.

The following video is in French but shows a great deal of detail.

← Travel Back in Time: The Pan Am Experience Prora: Would You Stay There? →

Trending Now : Hosts: Stand Out From The Crowd