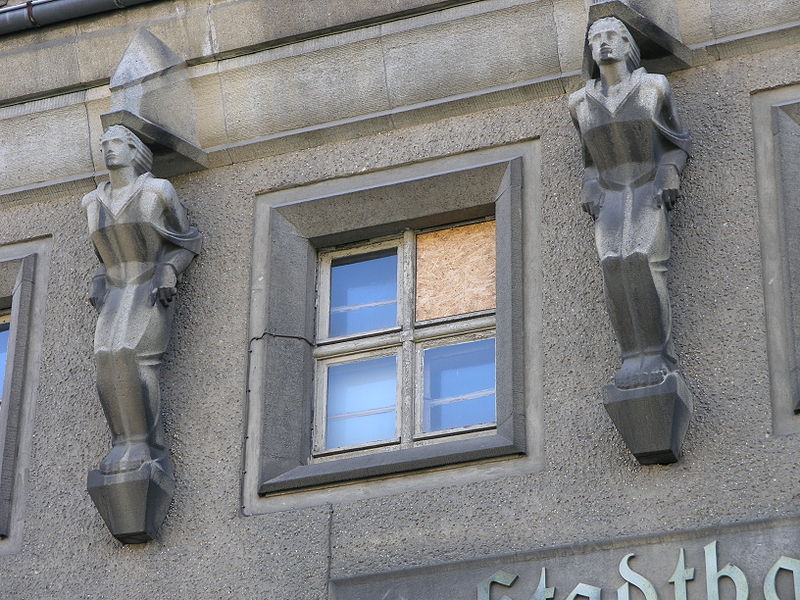 I could spend weeks in Berlin just looking at the architecture. And one building to see before it gets destroyed, or simply crumbles away, is the Stadtbad Lichtenberg.

The building was opened in 1928 as a public baths. But more than that. It had swimming pools, a spa, a gym, massage rooms, a sun terrace … it was a perfect place for recreation and for keeping fit and healthy. It was also a fabulous building and typical of German architecture at the time. It had been designed during the Great War but that event, and various political issues locally, meant that its construction had been delayed. It opened in 1928.

It must have been a fabulous place. See the link below to Digital Cosmonaut for some fantastic photographs.

In the 1980s though, structural defects in the building began to make themselves known. A few years later, the water system failed irreparably and the entire place was closed down.

Over the years, the building has simply deteriorated.

Of course, there have been efforts to form consortiums or charitable societies to restore the building to its former glory but none has succeeded. The building, at the time I’m writing this, is simply crumbling away. And the longer it does so, the more extensive – and expensive – the necessary repair work will be.

Note that you can only visit the interior of this building with permission. There are occasional open days but they are not regular. If you’re visiting Berlin, the outside of the building is well worth a detour just to admire the architecture of the building.

See the following video – the commentary is in German but you’ll still be able to see just how spooky this place is – and how magnificent it once was. 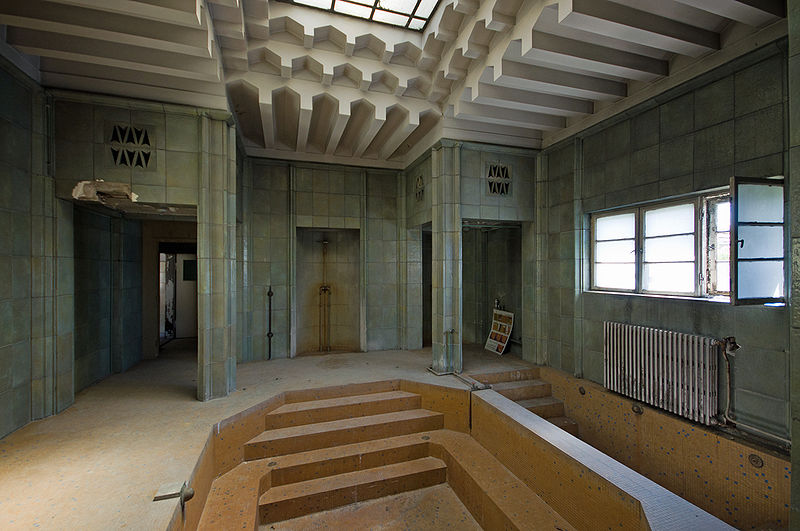 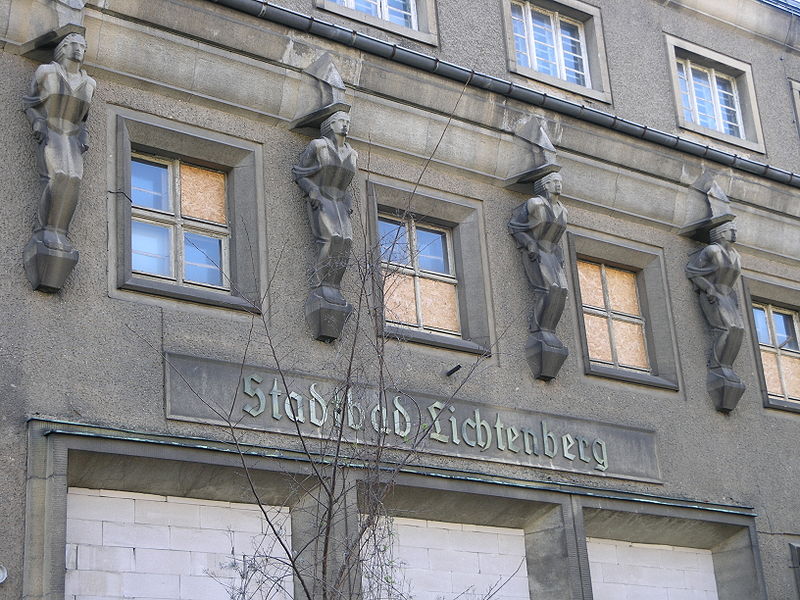 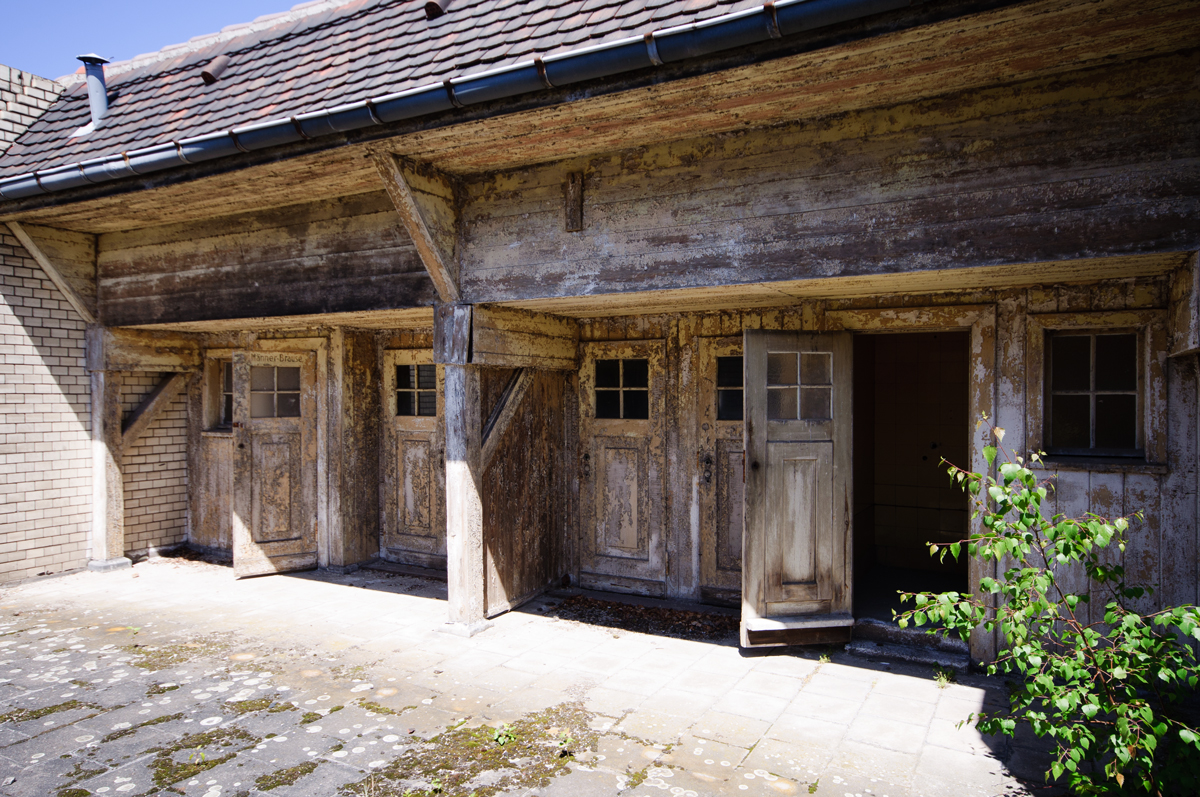 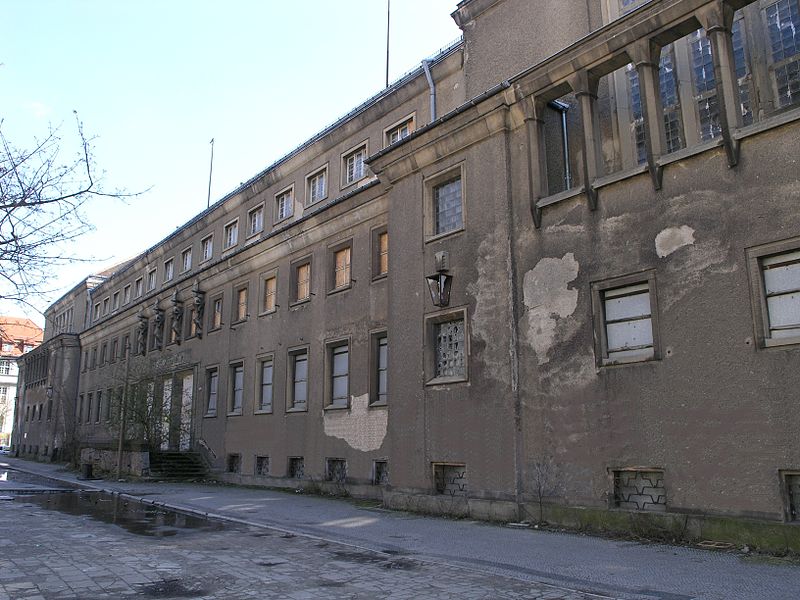 Berlin hasn't always been a very "hygienic city". Some say it still isn't, but considering it boasts over 67 public baths today (83 if you count the members only / non-communal ones) then I'd think you'd be safe to say a lot has changed over the years.

Where is Stadtbad Lichtenberg?

More to see in Berlin

I've rarely seen street art that I haven't appreciated. And that appreciation is doubled - no, much more - when the venue is the Berlin Wall. When the wall came down in 1989, artists from all over the world commemorated this with the creation of 105 murals painted on more than a kilometre of the wall's face.

Way back in 1990, Flo Hayler started collecting Ramones memorabilia. He collected tickets and t-shirts, posters and pants. These were to form the basis of the Ramones Museum in Berlin. Yes, you're right of course, the Ramones are mostly associated with their American home town (NYC) but the bass player spent a considerable period of time in Berlin, hence the connection.